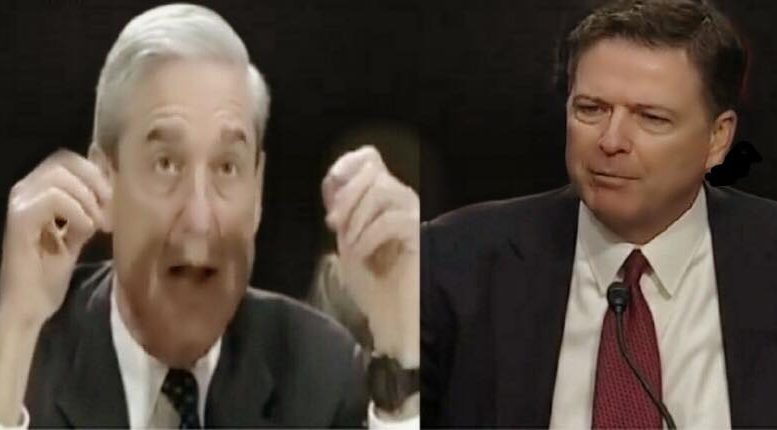 During a segment on Fox News’ “Swamp Watch,” with host Steve Hilton, he broke down the swampiness of the elite’s two biggest heroes: James Comey and Robert Mueller.

Hilton didn’t hold back and revealed exactly what the swamp doesn’t want you to know. (Video Below)

During “Swamp Watch,” Steve Hilton began his segment explaining that the establishment describes James Comey as a straight shooter and Robert Mueller as a decorated war hero, and both are described as model public servants.

Hilton then proceeded to lay out the swampy facts behind the two corrupt rats.

Comey and Mueller both made millions of dollars off of the surveillance state that they themselves promoted.

James Comey joined the US Attorney for the Southern District of New York in 2003 where he repeatedly advocated for ever increasing government surveillance.

In 2005, Comey jumped ship to the private sector where he became Senior Vice President and General Counsel and top lawyer at Lockheed Martin Corp.

Lockheed Martin is one of the worlds top government surveillance contractors. (Video Below)

Robert Mueller, meanwhile, had risen to the top job at the FBI and Comey and Mueller became extremely close friends.

Hilton explained they were both mentored by none other than Eric Holder in the 1990’s while Holder was working in Clinton’s Justice Department.

Mueller and Comey both worked together in the early 2000’s during the Khobar Towers bombings, and both attended top secret threat briefings together. Meanwhile Comey said, “Robert Mueller was the one person in government that he could confide in.” And, both are often referred to as “brothers in arms.”

There’s more. Comey worked as Counsel at Bridgewater Associates, a Connecticut investment company. One of the largest hedge-funds in the world where they also paid Comey 6 million dollars and an additional $500,000 for unused vacation. (Video Below)

Hilton continued letting his audience know that after Robert Mueller left his post as FBI director, he cashed in going to work back for his old lobbying firm, Wilmer Hale, where his clients were related to previous government work.

One of them was Booz Allen Hamilton, which was a giant surveillance contractor. And, according to Bloomberg, it’s one of the world’s most profitable spy agencies.

Before becoming FBI director, Robert Mueller earned roughly $400,000 a year. After his time in government he made 3.4 million at the firm.

But, it gets deeper. Robert Mueller was Apple’s former lawyer and was provided all of Paul Manafort’s emails and personal information upon a simple request. This comes after Apple refused to cooperate with FBI and give out information amid the San Bernardino terrorist attack.

“That’s how it works. For Apple, for Mueller, all of these swamp creatures. Connections, contracts, crooked deals, cash, the revolving door between government and big businesses. Favors for friends, riches for the insiders, and screw everyone else!” Steve Hilton explained.

“This is your ruling elite. This is the swamp. This is what we’re fighting to end!” Hilton declared.

Hilton concluded, “James Comey and Robert Mueller may not be any worse than all of the other swamp creatures in Washington D.C., but please, let’s not pretend they’re any better.”