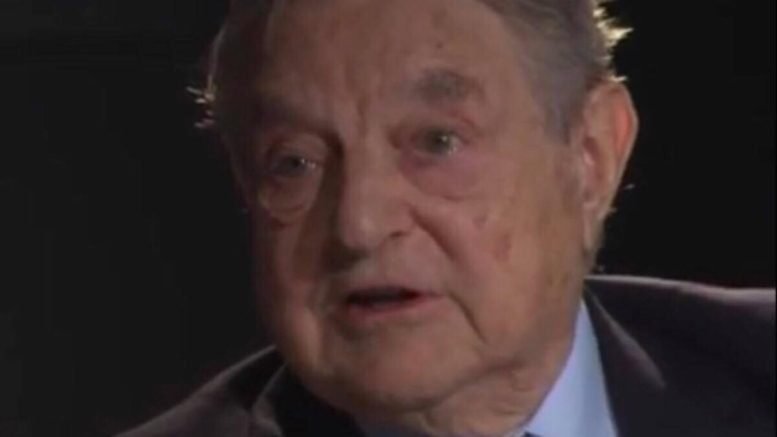 Never before has the phrase, “follow the money” been more poignant as in the case of the scandalous corrupt Obama-era SPYGATE.

The Daily Caller has confirmed “a spokesman for left-wing billionaire financier George Soros is acknowledging that he indirectly funded Fusion GPS, the firm behind the Steele dossier.” (More below.)

They’re not even trying to hide it anymore!

“George Soros has indirectly funded Fusion GPS, the opposition research firm behind the infamous Steele dossier, a spokesman for the billionaire financier has acknowledged.”

There is no question – any longer – that billionaire and global elitist George Soros meddled in American politics.

It is also clear that some corrupt high-level government officials sold America out to further a non-American global agenda. (Continued below.)

In March of this year, Judicial Watch sued Soros entities with the FOIA (Freedom of Information Lawsuit) to recover documents to follow the money.

Additionally, in March it was reported that George Soros himself was the creator of the Russian narrative. (Continued below.)

And guess who threw him under the bus and connected him to Fusion GPS? None other than, Oleg Deipaskam, Russian philanthropist billionaire and client of Adam Waldman. Click here to read more.

The Daily Caller had reported:

Yet on March 16, 2017, Daniel Jones — himself a team member of Fusion GPS, self-described former FBI agent. And, as we now know from the media, an ex-Feinstein staffer — met with my lawyer, Adam Waldma. And described Fusion as a “shadow media organization helping the government,” funded by a “group of Silicon Valley billionaires and George Soros.”

My lawyer testified these facts to the Senate Intelligence Committee on Nov. 3. Mr. Soros is, not coincidentally, also the funder of two “ethics watchdog” NGOs (Democracy 21 and CREW) attacking Rep. Nunes’ committee memo.”

To read more about Waldman’s testimony and his backchannel to Christopher Steele. Click here.

In closing, are you surprised to know that Soros had his hand in the corrupt Obama-era SPYGATE scandal?