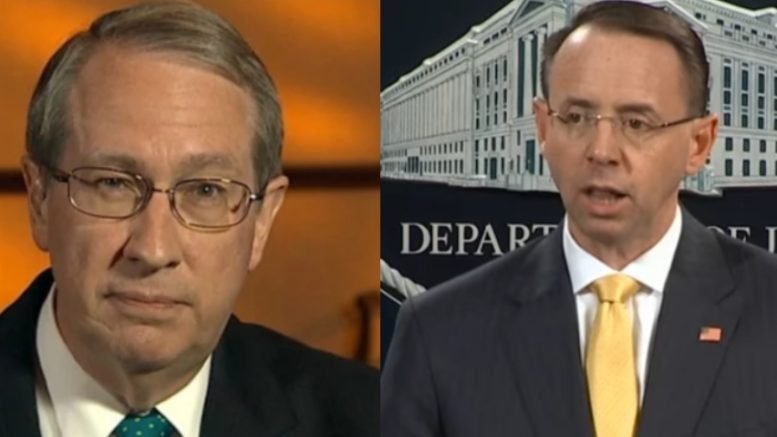 In a quick recap – last week Rod was suppose to go to Congress and testify about wearing a wire when he met with the President and invoking the 25th Amendment. But he was a no-show. (VIDEO BELOW.)

Rosenstein met with the President at the White House on Monday.

He did not show up to testify to Congress since the New York Times released a story entitled “Rod Rosenstein Suggested Secretly Recording Trump and Discussed 25th Amendment.”

Various stories have said that he did say it. Others that he did not say it. And yet others alleging that he said it in jest.

Either way, Bob Goodlatte wants to ask Rosenstein about it directly in front of Congress. (VIDEO BELOW.)

During the interview as the panel asked the Chairman about Rosenstein’s no-show status. The Chairman – without missing a beat and quite firmly stated, “It’s essential that we talk to him. He knows that.”

The Congressman from Virginia then said, “He has not agreed to come for a transcribed interview on the record. He needs to agree to do that.”

Then he dropped the S bomb! He said it! He said, “If he does not agree to do that very soon, I will issue a SUBPOENA for him to appear.” (VIDEO BELOW.)

WATCH the video below!