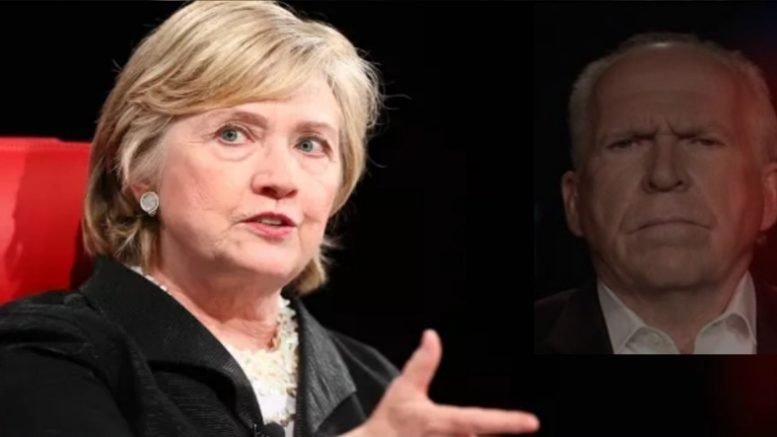 What about that security clearance that allows former officials to be privy to the Country’s most sensitive secrets LONG after they stop working for ALL of the people?

Well, it seems Hillary Clinton no longer has her security clearance. Just like her law license, she gave it up right before it was yanked.  (MORE BELOW.)

Does everyone recall when former Secretary of State Hillary Clinton misused classified information from a home-brewed server?

Then she went under FBI investigation during the 2016 Presidential election?

Afterward, then-FBI Director – James Comey – chastised her on an over reach of epic proportions – and did little else?

America was left scratching our collective heads wondering WHY she still had a security clearance. (MORE BELOW.)

Take a trip in the ‘way back’ machine – to mid August this year.

His security clearance was revoked because “when former officials have transitioned into highly partisan positions and seek to use real or perceived access to sensitive information to validate their political attacks,” it then becomes dangerous, as per the statement from the White House by Press Secretary Sanders at the time.

And there was a long list of others who would follow in the line of losing their security clearance. Like “Comey, Clapper, Hayden, Rice and McCabe,” as reported by US4Trump. (MORE BELOW.)

Hillary is the BIG LOSER. She gave up her Security Clearance probably before it was taken.

The Hill reported, “The State Department—in a letter dated Sept. 21 but publicly released Friday— told Sen. Chuck Grassley (R-Iowa), the chairman of the Judiciary Committee, that the security clearance was revoked on August 30 after Clinton requested that it be withdrawn,” per The Hill.

“The State Department added in the letter to Grassley that five of Clinton’s aides had also had their security clearance revoked,” The Hill explained. Cheryl Mills was listed but the other names redacted. Clinton said they were “researchers.” No longer – though – as they are off the list for knowing our Nation’s most guarded secrets.

To read the letter to Chairman Grassley in FULL about Hillary’s clearance, click here.