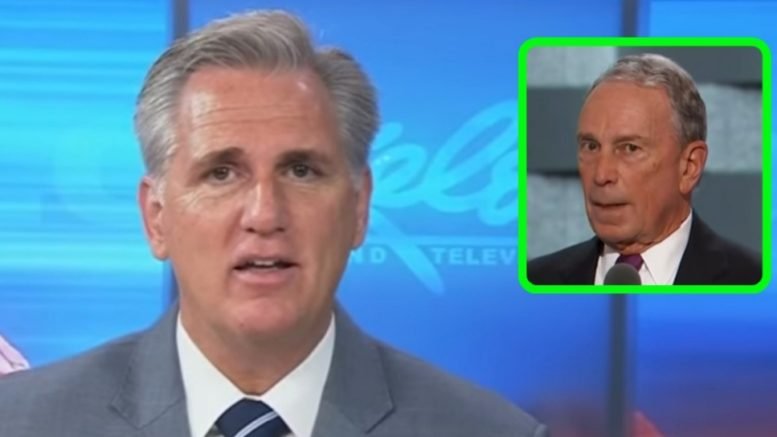 Maria and Kevin discussed the “count down” to the Midterms on November 6th, 2018. (VIDEO BELOW.)

McCarthy reviewed the Midterms after the “Kavanaugh Effect.”

Maria asked the Majority Leader to tell us where he sees the ‘midterms headed” for the House.

Congressman McCarthy said “the midterms have changed in the last month.”

He said, “The intensity level there was an advantage on the Democratic side. That has narrowed after viewing what the Democrats have done to Kavanaugh.” (VIDEO BELOW.)

The Democrats are trying to position themselves with lots and lots of cash. As if the root of all evil – MONEY – will stop the RED WAVE!

Specifically, Michael Bloomberg “is trying to buy the Democrat nomination to run against President Trump.”

WATCH as the California Congressman discussed the races Nationwide affecting the House:

Click here for the Official Voter Registration site for your State! Get ready to VOTE RED on November 6th. Money can’t STOP the RED WAVE!