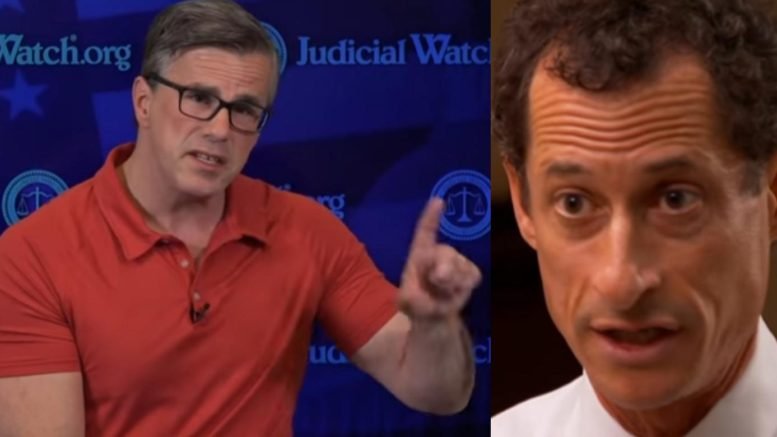 A “significant number” of the emails were communications between Uma Abedin (top aide) and former disgraced Secretary of State, Hillary Clinton. (VIDEO BELOW.)

You really can’t make this stuff up.

First, let’s begin by stating the FACT that a “significant number” of over a third of a million emails were found between National Security gate-keepers – Uma Abedin and Hillary Clinton.

They were found on the laptop of a man – Anthony Weiner – who sexted with a  minor and was sentenced to twenty-one months of imprisonment in 2017.

Next, let’s switch gears over to Judicial Watch to answer what the plethora of digital letters said about the compromise of our National Security thanks to Hillary’s home-brewed server.

Tom Fitton and Judicial Watch were able to recover the emails from Anthony Weiner’s laptop by suing for them through the Freedom of Information Act. (VIDEO BELOW.)

As reported by the Judicial Watch Press Room “these new documents show the FBI knowingly sat on the Clinton emails for over a month before notifying Congress.”

Tom Fitton – President of Judicial Watch further said, “And even worse, we now know the FBI didn’t even bother to look at the emails, and then again only partially, for weeks.”

WATCH as Fitton discussed WHY we can’t allow her to get away with this!