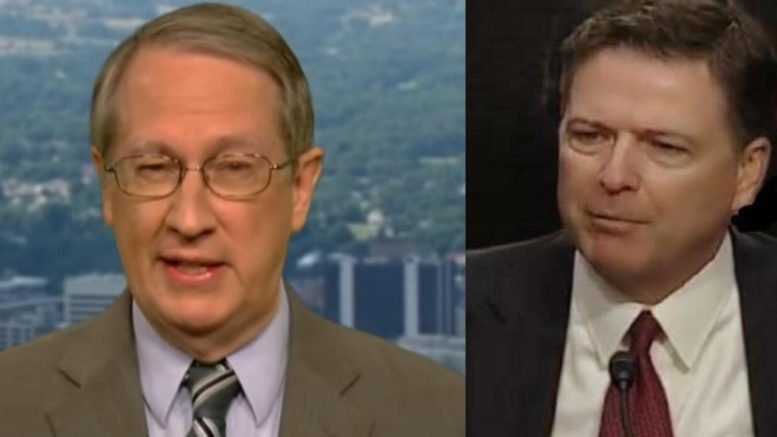 Comey receives a leak then tweets to sway the public. Photo credit to Swamp Drain compilation with screen shots.

The Chairman of the House Judiciary Committee — Bob Goodlatte (R-VA) —  has been busy preparing subpoenas before Adam Schiff (D-CA) takes over as Chairman in January.

James Comey and Loretta Lynch may have a surprise in their Christmas stockings! The subpoenas are ready for them! (VIDEO BELOW.)

The Republicans want testimony BEFORE the Democrats take control for the116th Congress.

Disgraced former FBI Director, James Comey is STILL trying to run the roost. The bottom line though is that Comey will have to testify to Congress under Goodlatte’s terms.

Comey tweeted, “House Republicans can ask me anything they want but I want the American people to watch, so let’s have a public hearing. Truth is best served by transparency. Let me know when is convenient.”

Goodlatte responded by saying that Comey used to be a fan of closed-door testimony, suddenly he wants a public one…why?

“It is simply not appropriate for Mr. Comey to attempt to turn this into some kind of a public performance on his part, maybe, to sell more books,” Goodlatte concluded. (VIDEO BELOW.)

There’s still more leaking going on by the Democrats and Comey is grand standing.

Goodlatte told America why there will be no public hearing for Comey despite his embarrassingly desperate tweet-plea. He said, “We’re not going to have him testify in public so that other people can see him testify and then suddenly, their testimony seems to match up with his!”

Fox News host said to Goodlatte, “you have signaled in private – as you say – to try to get this  investigation completed to Democrats on the panel that you wanted to bring in Comey. Someone – it appears – leaked that and tipped Comey off which is why he tweeted out.” He then asked, “When Democrats take over do you think they will sweep this investigation under the rug?”

Goodlatte responded, “Well, that’s a very serious concern. But that’s been their pattern the entire time. Instead of wanting to get at the TRUTH.” Additionally, Goodlatte tells us that they have called for a special counsel to wrap up any loose ends before January 3rd when the Democrats become the majority in the House. (VIDEO BELOW.)

House Republicans can ask me anything they want but I want the American people to watch, so let’s have a public hearing. Truth is best served by transparency. Let me know when is convenient.