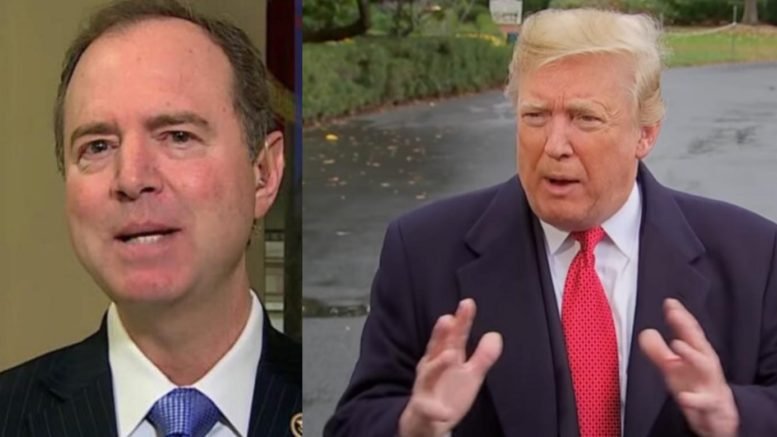 Trump plays his hand and it is terrifying for the left in Congress. Photo credit to Swamp Drain compilation with screen grabs.

In an EXCLUSIVE interview with the New York Post on Wednesday, President Trump opened the biggest can of beans in modern American history.

President Trump talked “Presidential harassment” and “declassifying FISA” documents among other things during “a 36-minute Oval Office sitdown,” by Marisa Schultz and Nikki Schwab. (MORE BELOW.)

Dershowitz said the Mueller results would be POLITICALLY devastating for the Trump administration.

Apparently, the “Deep State” keeps forgetting they are not only dealing with the President of the United States but also Donald Trump.

During the EXCLUSIVE interview with the President, The New York Post reported, “If they go down the Presidential harassment track, if they want go and harass the President and the administration, I think that would be the best thing that would happen to me. I’m a counter-puncher and I will hit them so hard they’d never been hit like that.”

A counter punch that would hit them so hard they have never been hit like that? President Trump must be referring to what he has been holding back.

It is what the Republican lawmakers have been asking him to do. DECLASSIFY the FISA documents among other damaging documents. (MORE BELOW.)

Straight from the President’s mouth to our ears.

In a BLOCKBUSTER reveal – Shultz and Swab wrote, “The commander-in-chief said he could declassify FISA warrant applications and other documents from Robert Mueller’s probe — and predicted the disclosure would expose the FBI, the Justice Department and the Clinton campaign as being in cahoots to set him up.”

President Trump said: “I think that would help my campaign. If they want to play tough, I will do it. They will see how devastating those pages are.” Bring it ON, Mueller. The American people are ready and we have President Trump’s back!

Related Article: Nunes Uncovers A ‘Fourth Bucket’ Of Classified Info & Discusses What He Thinks Is In It
ShareTweet