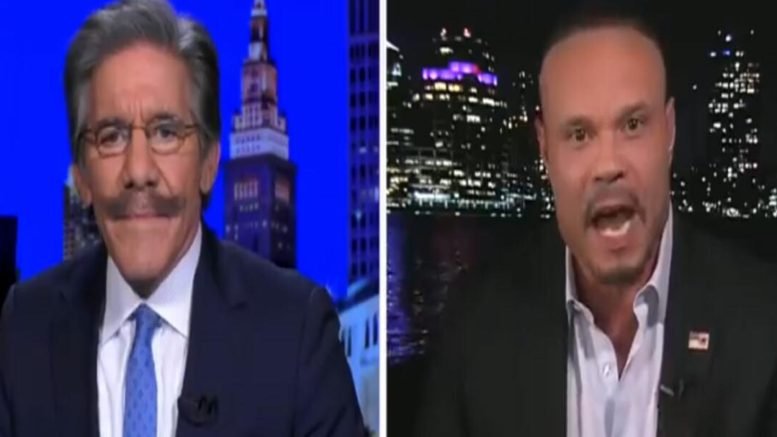 Thursday night on Hannity, it was a sight to see as Dan Bongino and Geraldo Rivera squared off in an explosive debate about the migrant caravan approaching the southern border.

The two argued how law enforcement officials should handle the caravan members when they resort to violence at the border. (Video Below)

While discussing the incident that happened last weekend where hundreds of migrants were met with tear gas from border agents after the caravan members stormed the U.S. border, Geraldo criticized the use of the military force.

“Of the 42 arrested, 8 were women with children, Sean, those scenes are now etched in our national psyche now, like the separation of the children from their parents two months ago,” Geraldo said.

“Geraldo, I appreciate your nice comments. I consider you a friend. But you are way, way off base on this. I have stood at roll calls, I was a law enforcement officer. I’m not looking for anybody’s pat on the back, your tax dollars paid for it, it was a great job. But I ask you the same question Sean asked you. You’re giving a lot of platitudes. Nobody wants to see anybody tear gassed. You win, point stipulated. We both are empathetic to that. But, that was not the choice of the border patrol officials,” Bongino said.

He continued, “The choice was made by people who stormed the border illegally. I ask you a very simple question and I would sincerely appreciate an honest answer. You’re standing in the face of these border patrol agents, patrolling our border, just doing their jobs to keep our nation secure. What are you telling them to do when a rock comes at their face? What? What is your answer? Nobody produces an answer?” (Video Below)

Geraldo responded, “This is what you do not do, Dan. You do not shoot tear gas at women with small children.”

“What do you do?” Hannity and Bongino both interrupted asking.

(Related Article: After Geraldo Suggests We Let The Caravan In, Gorka Teaches Him A Swift Lesson)

Watch below as Bongino and Geraldo sound off: