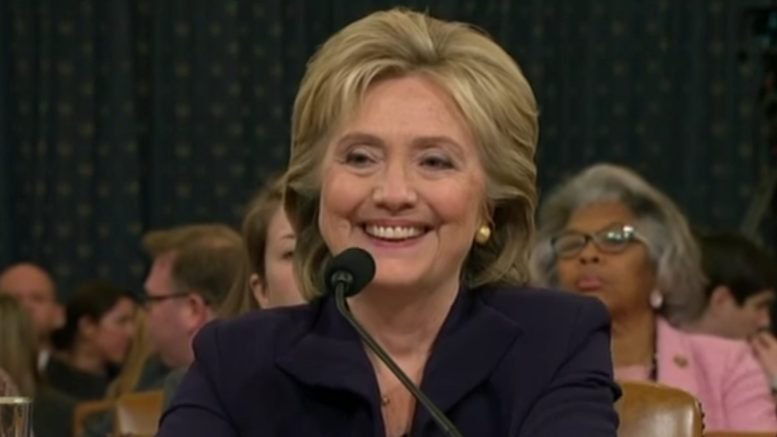 The FBI loves raids, it seems. This time it wasn’t about a raid to gather information to impeach the President. But rather about information from the Clinton Foundation.

In an EXCLUSIVE, Richard Pollock with The Daily Caller broke the news that the FBI raided the home of the whistleblower who provided documents for the Clinton Uranium One deal. (MORE BELOW.)

FBI raids the home of whistleblower and seizes documents from Clinton Foundation and Uranium One.

As the Clinton’s travel to foreign countries on a paid speech tour, their cash cow – the Clinton Foundation – is under investigation. The Clinton’s money source dried up since Clinton left office as Secretary of State.

As reported by Investors Business Daily:

“Obama administration’s controversial approval of a Russian company’s purchase of Uranium One. That purchase gave Russia control of 20% of the uranium in the United States.

While that deal was under consideration, however, the Justice Department was investigating a series of criminal acts inside the U.S. committed by Russian nuclear officials, including bribery, extortion and racketeering.

In addition, they uncovered evidence that Russian nuclear officials had routed millions of dollars to the Clinton Foundation, creating the appearance, at least of a conflict of interest, since Hillary Clinton, who was then Secretary of State, signed off on the Uranium One purchase.”

Since then the whistleblower was paid a visit by the FBI early Monday morning on November 19th, The Daily Caller reported.

Additionally, Pollock reported the whistleblower’s Attorney, Michael Socarras, told him “sixteen agents arrived at the home of Dennis Nathan Cain, a former FBI contractor,” and he told agents that he was a protected under the “Intelligence Community Whistleblower Protection Act.” (MORE BELOW.)

Yet, the team of FBI agents continued to raid Dennis Cain’s home for “six hours” after previously handing the documents over the IG, DOJ and Congress.

Socarras said in a statement, “For the bureau to show up at Mr. Cain’s home suggesting that those same documents are stolen federal property, and then proceed to seize copies of the same documents after being told at the house door that he is a legally protected whistleblower who gave them to Congress, is an outrageous disregard of the law,” reported Pollock.

“Cain came across the potentially explosive information while working for an FBI contractor, Socarras told The DCNF.

Cain met with a senior member of Horowitz’s office at a church close to the White House to deliver the documents to the IG, according to Socarras.

Cain sat in a pew with a hoodie and sun glasses, Socarras said. Cain held a double-sealed envelope containing a flash drive with the documents. The IG official met him and, without saying a word, took the pouch over Cain’s shoulder and left.”

The FBI raid of the Uranium One whistleblower leaves the question: did the FBI raid his home to gather information for the Clinton Foundation? Or was the raid to have documents that were already previously disclosed?

To read the story in full click here. h/t The Daily Caller.