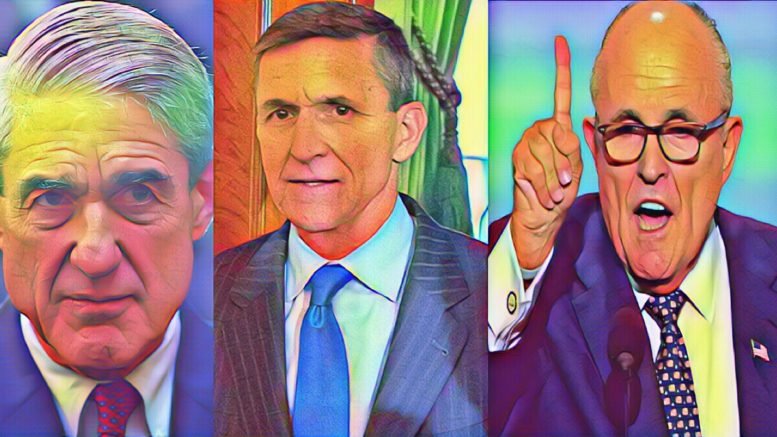 The Mueller gang has recommended Michael Flynn to serve no jail time as a result of the indictment for fibbing to the Special Counsel about his discussion with a Russian politician.

The contents of that conversation are well-known and show no collusion. Mueller is like a runaway gangster trying to frame anyone who can help him prove collusion between the President and Russia when none exists. (VIDEO BELOW.)

Yet, the Mueller team keeps coming up EMPTY.

As the President has repeatedly said, the reason Mueller keeps coming up with a goose egg is because there is no collusion.

So as hard as Mueller and his team of pit bull Attorney’s might try – there is still no collusion. And what they have done to destroy the people around the President is – well, in a word, sad.

John Roberts, who is the White House correspondent for Fox News, reported from the people’s house lawn earlier today in an epic segment detailing the Mueller letter about Flynn.

John cited that Mueller’s redacted letter had indicated that Flynn had participated in over 19 discussions with the Mueller team. But they could not tell exactly what the 19 meetings are about because  of all the blacked out redactions. (VIDEO BELOW.)

Giuliani has a TRUTH BOMB for the Mueller gang.

Roberts then reported after speaking directly with Giuliani that he said, “there’s nothing in the memo to suggest collusion and denounced the Mueller teams treatment of Flynn by saying ‘they are a group of over zealous media inspired prosecutors. They are SICK PUPPIES’.” BOOM! You tell them, Giuliani!

WATCH John Roberts as he reported from the White House lawn: