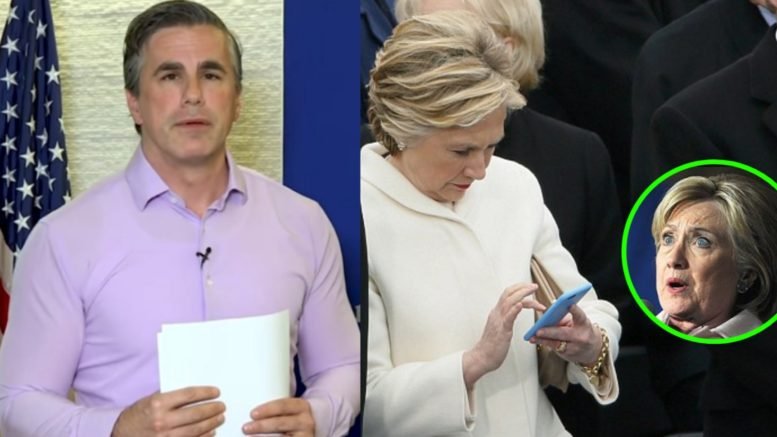 Tom Fitton, President of Judicial Watch has a major announcement and it is outstanding. It’s what we’ve all been waiting for.

A Federal Judge has ordered discovery (as a pre–trial procedure in a lawsuit) into Hillary Clinton as a result of a lawsuit filed by Judicial Watch regarding Benghazi. (VIDEO BELOW.)

Federal Judge Lamberth has ordered it so! Hear hear!

Judicial Watch reported, “in a ruling excoriating both the U.S. Departments of State and Justice, U.S. District Court Judge Royce C. Lamberth has ordered both agencies to join Judicial Watch.”

Further, he said, they must join “in submitting a proposed schedule for discovery into whether Hillary Clinton sought to evade the Freedom of Information Act (FOIA).”

Specifically, the Judge wants to know if Hillary evaded “by using a private email system and whether the State Department acted in ‘bad faith’ by failing to disclose knowledge of the email system.”

“The decision comes in a FOIA lawsuit related to the Benghazi terrorist attack,” as reported by Judicial Watch Press Room. (VIDEO BELOW.)

Lamberth ruled the Court orders the parties to meet and confer to plan discovery into:

(a) whether Hillary Clinton’s use of a private email while Secretary of State was an intentional attempt to evade FOIA; (b) whether the State Department’s attempts to settle this case in late 2014 and early 2015 amounted to bad faith; and

(c) whether State has adequately searched for records responsive to Judicial Watch’s requests,” as reported by JWPR.

Related Article: In An Explosive Speech, Tom Fitton Shines Light On ‘The Scandal Of Our Generation’ (VIDEO BELOW.)

Watch the video below: