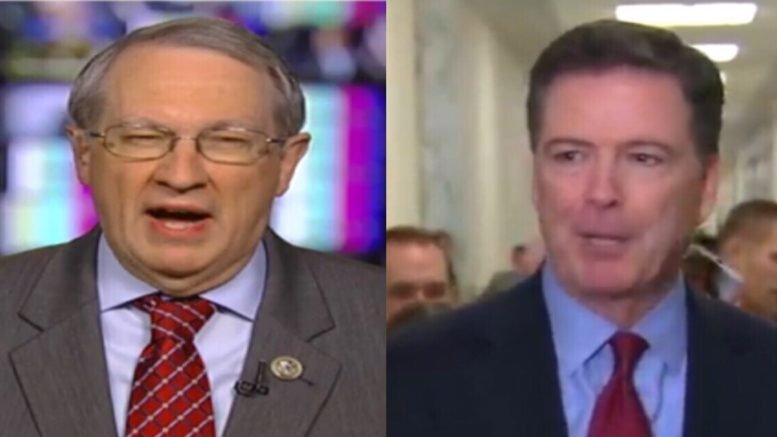 Chairman of the House Judiciary Committee, Bob Goodlatte, joined Fox News to give his feedback on what went on behind closed-doors on Capitol Hill with James Comey.

Specifically, Goodlatte was ‘disturbed and disappointed’ on a couple of aspects of Comey’s testimony, especially since Comey refused to answer over 200 questions. (VIDEO BELOW.)

The powerful Chairman responded, “the biggest take-a-way is that former FBI Director, James Comey, with regard to the two most important investigations, certainly during his tenure as FBI Director…”

“That is truly stunning since the fella wrote a book about all of this. You’d think he would remember more in terms of the questions we wanted to delve into.” (VIDEO BELOW.)

Then Bob answered the burning question we all want to know. Is Comey lying?

Goodlatte said he did not want to “characterize” Comey at this point. He reminded everyone that Comey will be returning to Capitol Hill on December 17th for a second interview.

The Virginia congressman said he will “reserve judgment” until the examination of Comey is completed to tell if he’s lying or “misremembering”.

But, the powerful Chairman did say, “It certainly is disappointing and disturbing that he can’t answer our questions.” Why do you think he won’t answer? (VIDEO BELOW.)