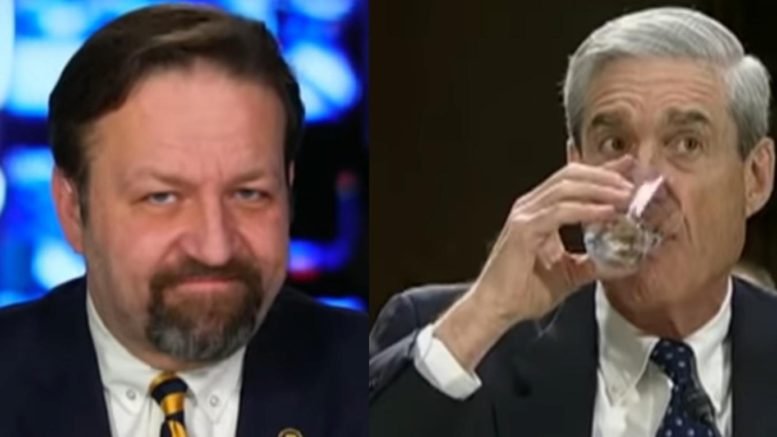 Gorka drops an hilarious TRUTH BOMB on the Mueller probe and obliterates their narrative with FACTS. Photo credit to Swamp Drain compilation with screen grabs.

Sebastian Gorka, Fox News’ National Security strategist joined Jesse Waters and Sara A. Carter as they discussed the fake news and their narrative of Russian collusion.

In an hilarious exchange of facts about the Cohen memo, the trio add a bit of cheer in an otherwise dreary topic. (VIDEO BELOW.)

Jesse gives his take-a-way on the Cohen memo

Jesse started the segment with his commentary and since he is a gentleman, asked if Sara would go first. “Ladies first” he said and Sara responded with “nice.”

“After reading the Cohen memo,” by the Mueller team, Jesse said to Sara, there’s no “smoking gun.” He continued, “I see a lot of speculation and circumstantial evidence and the word ‘RUSSIA’ thrown in there once or twice but NOTHING that says: ‘Aha! He’s got ’em!”

Then Sara told Jesse and Sebastian in a funny but truthful comment, “That’s right. It’s like if Michael Cohen would have gone to a restaurant and ate BORSCHT, they probably would have put that in there just to bring up Russia.”

Gorka steps up and in and accurate and hilarious throw down puts Mueller in his place!

Sebastian Gorka then joined after Waters said, “we’re not any where closer than we were a year and a half ago” to prove Russian collusion.

Then Gorka in an hilarious comment that caused the panel to laugh said, “It is nothing but a MASSIVE nothing Burger with Russian Salad Dressing dribbled all over it. That’s all we have.”

On a serious note, Gorka ended with, “there’s not [sic] – ONE – iota of evidence that ties the Trump campaign to any Russian Intelligence operation to undermine the election. Not one. In two years and 35 million dollars Robert Mueller is a COMPLETE AND UTTER FAILURE.” (VIDEO BELOW.)

WATCH as Sebastian Gorka talks about the Mueller scandal with Sara A. Carter and Jesse Waters.