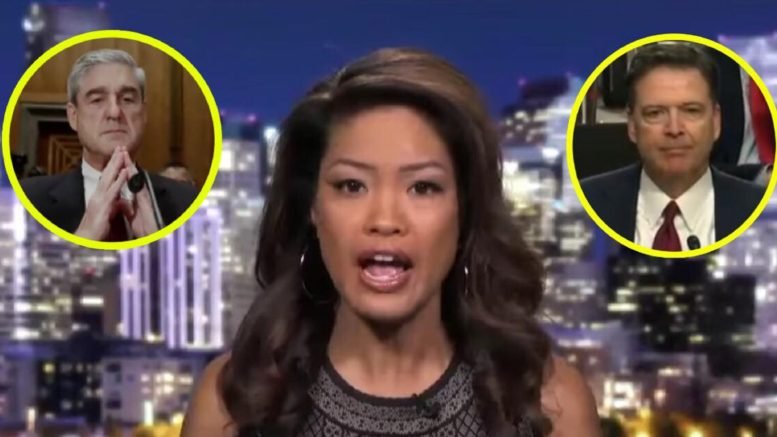 Saturday night on Fox News’ Justice with Judge Jeanine, Michelle Malkin from CRTV joined the Judge, where they discussed Comey’s shocking testimony as well as the latest in the Robert Mueller’s witch hunt.

Michelle Malkin didn’t hold back while giving her piece of mind on the current events that unfolded this week. (Video Below)

Judge Jeanine began the segment asking Michelle Malkin what she thought of the Mueller probe and the left-wing conspiracy networks who are foaming at the mouth that want to impeach and indict President Trump.

“Well it’s a roller coaster of bloviation, hyperventilation, instilled the same bottom line that you outlined so well in your opening statement Judge. There is still not one shred, not one iota of evidence of any kind of Russia collusion with President Trump, and yet, they continue.” Malkin said.

“This is what they’re going to do, they announced it. The day before Trump ever took office, that the plan here… the plan all along, is resistance, resistance, resistance. So of course, they are going to be screaming bloody impeachment at the top of their lungs, even though at the end of the day with this Comey transcript and the release of it, even with the redactions, still nothing, nothing, nothing.” Malkin added.

“The bottom line: that dossier is still fake, Mueller is a snake, and Comey is a flake,” she declared. (Video Below)

The Judge laughed at Malkin’s comments and she moved the conversation to Comey and Mueller on the claim where Comey denied that he and Mueller are not pals. “Just about everyone knows that the two of them were part of the same team in that John Ashcroft hospital room, when Comey went in and saved the world, or at the very least America. Their careers have crossed, and they’ve worked together for years.” Judge Jeanine pointed out.

Michelle Malkin wasn’t falling for Comey’s dishonesty. “I’ve got whiplash, because it was the mainstream media itself, the anti-Trump media, the Washington Post, which had a long piece about the best buds, Mueller and Comey, and now denying it simply because President Trump tweeted about it, and tweeted what the truth actually is.” (Video Below)

“Here’s somebody whose got more holes in his memory in his brain than an industrial sized colander. Fidelity, integrity, bravery, and the guy denied knowing….” Malkin said sarcastically about Comey. “As much as the ‘I don’t remembers’ bother me, it’s the ‘I don’t knows,’ 166 of them in that transcript.”

Malkin slammed Comey after he denied basic questions whether he knew Christopher Steele was working for Fusion GPS at the same time he was collaborating with the FBI, and pointed out how the FISA court was fooled and politicized to try and stop Trump.

“Where is the accountability for this? The weaponization, the corruption of our FISA court, which were erected to protect our national security…. and now it’s to protect our democratic operatives and democrat moles and the entire swamp, which is committed to bringing our President down. It is a danger and a threat and a menace to our public safety. Where’s the accountability?” Malkin asked.