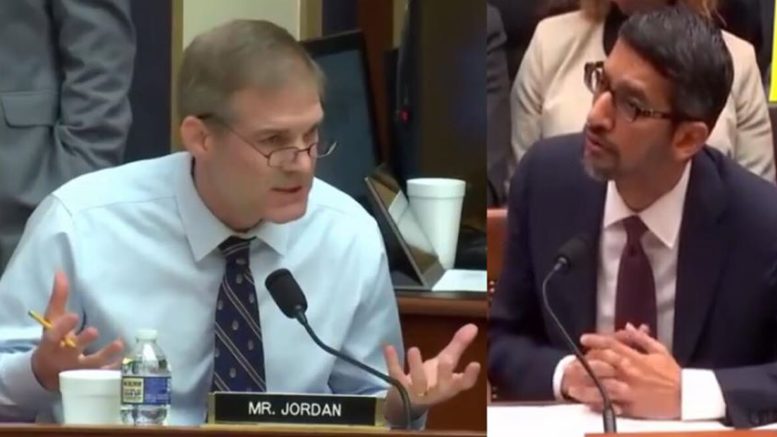 Google CEO Sundar Pichai testified before the House Judiciary Committee on Tuesday amid allegations of anti-conservative bias and privacy violations on the tech giant platform.

Pichai’s prepared remarks that were released on Monday, said the tech giant is not a haven for political bias. (Video Below)

During the hearing, Google CEO Sundar Pichai responded to Rep. Jim Jordan (R-Ohio)’s questions about an email from Google’s former head of multicultural marketing, Eliana Murillo, where the company attempted to push out the Latino vote “in key states” during the 2016 election.

Jordan began, “You said, ‘I lead this company without political bias and work to ensure that our products operate that way.’ Eliana Murillo is Google’s head of multicultural marketing. Does Miss Murillo do good work?”

Jordan continued to read the email excerpts from Eliana Murillo while asking Pichai a number of questions.

Pichai said an internal review found there was no evidence to support the claim that Google had engaged in partisan political activities.

Jordan didn’t seem to believe Pichai for denying what was exactly in the emails. (Video Below)