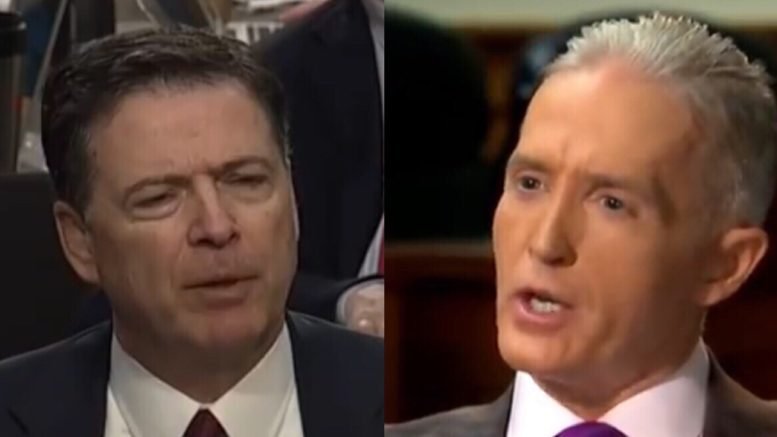 Trey Gowdy (R-SC), Chairman of the Oversight and Government Reform Committee is on the master troller list as he tweeted a message out to former FBI Director, James Comey that is simply hilarious.

Comey testified on Capitol Hill last week behind a closed-door testimony, and he was invited back because there were still more questions than answers. (Video Below)

Congress has more questions for Comey.

It is well known by now that James Comey wrote a book called A Higher Loyalty: Truth, Lies and Leadership.

And although the book did okay, Forbes reported, “one thing’s for sure: Comey seems happy to feed the narrative that he’s the underdog in the publishing industry’s 2018-era Trump bump.”

Gowdy blasted Comey and said, Comey is “an amnesiac with incredible hubris.” (Video Below)

Trey on Comey’s second Congressional testimony which is coming on Monday.

“Comey is one of the best I have ever seen at always being right in his mind, and it doesn’t matter if he is a universe of one. When you write a book about ethics and morality, that in and of itself is a fairly high-opinion-of-yourself thing to do,” Gowdy stated per The Daily Caller.