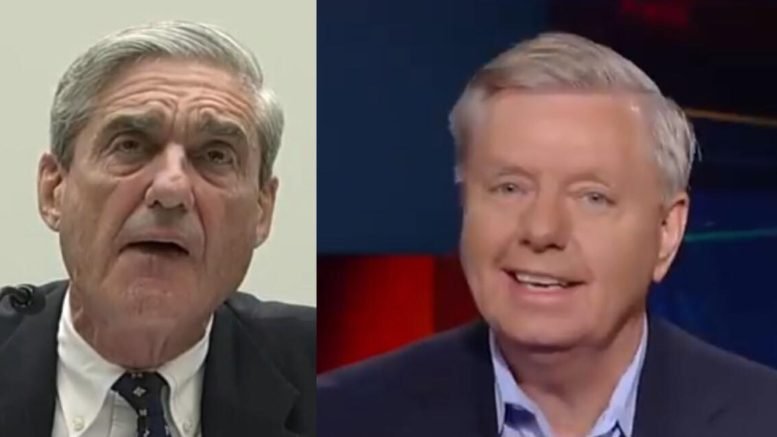 Graham laid out why he believes there is no evidence of collusion by the Trump campaign. (Video Below)

Graham dismissed findings against Flynn as evidence of collusion with Russia.

The discussion when on about Mueller’s witch hunt and Graham pointed out the corruption of those who were in the tank for Hillary Clinton are the same ones who were on the trail for Fynn and anyone associated with Trump. As Cavuto pressed on, he brought Michael Cohen into the mix twisting the subject. (Video Below)

Sen. Graham pushed back when Cavuto tried to bring up Russia and the claims involving President Trump knowing about payments to keep things under wrap from hitting the press. Graham explained they are not connected with the main point of Mueller’s investigation.

“When it comes to campaign funds law violations, you have Cohen, Stormy Daniels, a Playboy model, and Avenatti, against Trump. Be my guest if that’s where you want to go.” He added.

Sen. Graham explained he would never advocate violating the law, but from President Trump’s point of view, he signed nondisclosure agreements before to protect his family and his brand. (Video Below)

Cavuto asked if he thinks that is what President Trump did, referring to making payments and keeping it quiet.

I don’t know, but I know this: it ain’t got a damn thing to do with Russia!” Sen. Graham declared.

“I’m not excusing it, but we’re talking about sex. We’re talking about Stormy Daniels, Michael Avenatii, and a Playboy bunny as your chief witnesses. Now if you want to make that the centerpiece of 2019, be my guest.” He added.