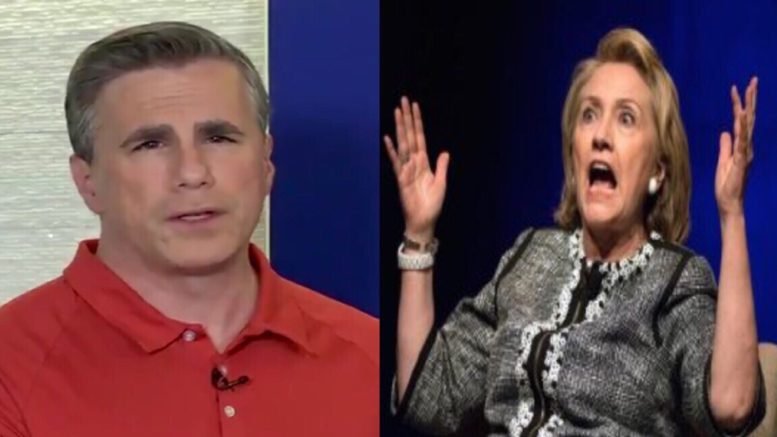 Friday, Fitton broke the news that Hillary Clinton is under court order to hand over more answers in writing and under oath about her email scandal for pay-to-play activity. (Video Below)

Fitton scored a huge success and he discussed FOIA and the whistleblowers.

The Judicial Watch team’s FOIA litigation exposed that there was a secret Hillary Clinton email system with pay-to-play activity on them from August of 2016.

“Yesterday’s hearings saw new witnesses come forward who had pursued a separate investigation. They’ve talked to insiders at the Clinton Foundation – who have raised concerns about the way it was run,” Fitton said.

As a result of the FOIA lawsuits and the whistleblowers willing to come forward and talk to Congress yesterday, the heat is on Hillary Clinton. And a Federal Judge just scorched her.

Federal Judge ruled that she has to answer more questions on her email practices.

She used an email system to go around the American people, and she also mislead the Courts, Fitton said. Additionally, Judge Emmet Sullivan, has now ordered a deeper investigation into Hillary’s email scandal.

Although she answered some of the questions already – 3 questions of the 25 – she refused to answer and now must respond to those three critical questions in writing and under oath.

This is a huge win and the American people should give a big shout out to Judicial Watch and Tom Fitton for all of their hard work as we get closer to holding Hillary accountable.(Video Below)

Mrs. Clinton’s assertion that she used a separate email system as a matter of ‘convenience’ is simply not credible and is belied by evidence and testimony. We intend to pursue additional questions with Mrs. Clinton. https://t.co/MMWEDqcfNL pic.twitter.com/b6R33OakYh

The court ordered Clinton to describe the creation of the clintonemail(dot) com domain name, the decision to set up the domain on the existing server, the date decisions were made, who made these decisions, & more.

Judicial Watch President @TomFitton: “We intend to pursue additional questions with Mrs. Clinton and others on this blatant attempt to hide her emails from Judicial Watch, the courts, Congress, and the American people.” (4/4)https://t.co/QnsMyouHms