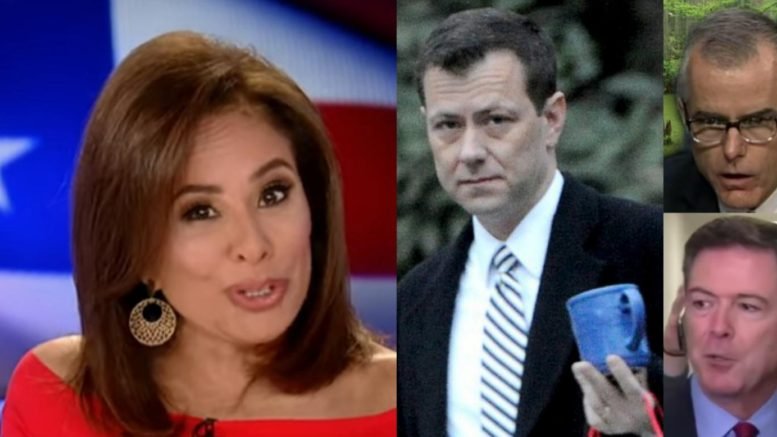 In her ‘open’ on Fox News, Judge Jeanine eloquently discussed Lady Justice and what the Mueller gang has done to General Michael Flynn.

With grace and facts backing her up, Judge Jeanine makes a case against the Mueller probe attorney’s and for General Flynn. (VIDEO BELOW.)

Judge Jeanine was on fire about Justice in America, and she was on point.

Judge Jeanine first cited an epic observation, and she is right on target about Justice.

She said, “we’re in a dark and dangerous place in America, tonight, where politics is driving our system of Justice instead of Lady Justice being blind to politics.” The Judge stated it beautifully.

Specifically, the Judge discussed the Michael Flynn situation with the Special Counsel and FBI where he was set-up in the name of politics.

“At it’s core”, the Judge said, “this is a story of injustice” regardless of your party affiliation.  (VIDEO BELOW.)

Did the Mueller gang really want the truth? Or a political indictment?

Then Jeanine announced Tuesday both parties will appear again in front of Federal Judge Emmet Sullivan who is “unafraid of the Swamp. A Judge who has a track record of calling out prosecutorial misconduct. A man who does not tolerate injustice or abuse of power.”

In a blockbuster reveal, she said, “Judge Sullivan can throw out [Flynn’s] guilty plea if he concludes that the FBI intentionally interfered with Flynn’s Constitutional Right to Counsel.“(VIDEO BELOW.)