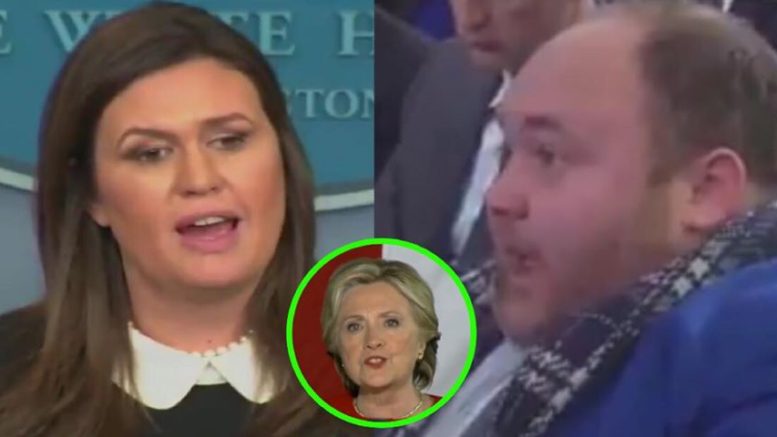 Press Secretary Sarah Huckabee Sanders held a briefing Tuesday, where she dismantled the press one by one.

During Tuesday’s briefing, Josh Dawsey, reporter for The Washington Post, asked the Press Secretary if Michael Flynn and Cohen lying to the FBI concerns President Trump.

“Is he concerned that one of his top aides lied to the FBI and was working for a foreign government?” Dawsey asked.

She continued, “Let’s remember what this is supposed to be about: whether or not Russia influenced the election and whether or not the president had anything to do with it. We know Russia tried to create chaos within the election but not because they actually impacted it.” (Video Below)

The Press Secretary doubled down and mopped up the floor with the reporters tears next.

Sanders declared, “The only reason that the President is the President is [because] he was a better candidate and beat Hillary Clinton! We also know the president never colluded with Russia.”

However, she pointed out there’s certainly concern about Flynn’s behavior. (Video Below)

Dawsey also asked why President Trump would make positive comments about Michael Flynn and Sanders responded, “It’s perfectly acceptable for the president to make a positive comment about somebody while we wait to see what the court’s determination is.”

.@PressSec: "We know Russia tried to create chaos within the election, but certainly not that they actually impacted it. The only reason that the president is the president is because he was a better candidate and beat @HillaryClinton … the president never colluded with Russia" pic.twitter.com/lXsH5Nz8K4