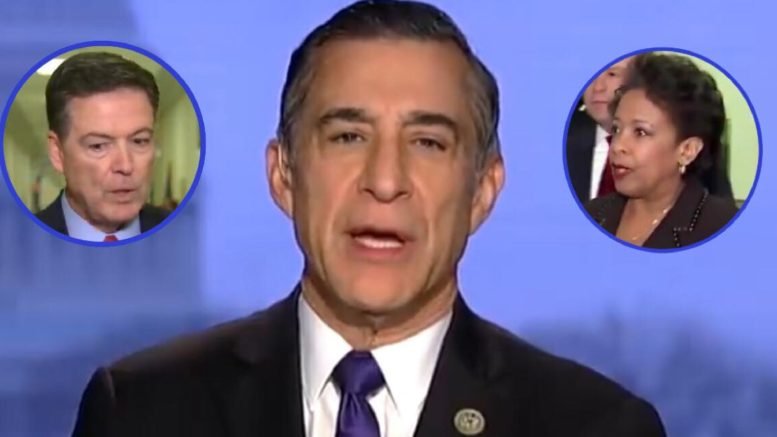 The House Judiciary and the Oversight and Government Reform Committees held a closed-door testimony on Capitol Hill.

Rep. Darrell Issa during his interview, explained the relevance of interviewing the former Attorney General on the Hillary Clinton and Russia probes.

“Comey was insubordinate and did not inform the Attorney General, who had not recused herself, that he was about to dismiss a case for lack of evidence, when in fact, he wasn’t a prosecutor, but rather an FBI head.” Issa explained.

“He did a lot of things that justified his firing, and ultimately one of the greatest questions that had to be resolved was, ‘was FBI Director James Comey fired for good and valid reason?'” Issa said.

He confirmed that Comey was appropriately fired by the Chief executive for his ongoing insubordination and attitude, further pointing out those actions were separate from his efforts of trying to undermine the presidency before Trump was elected and after. (Video Below)

Issa explained during the tarmac meeting between former Attorney General Loretta Lynch and former president Bill Clinton that he had to stalk the AG, set it up, then talked to members of her private staff.

He noted that Clinton had influence on whether Hillary was prosecuted by having the meeting with Lynch.

“There is no question she [Hillary] failed to obey the law, and he was there intervening for her.” (Video Below)