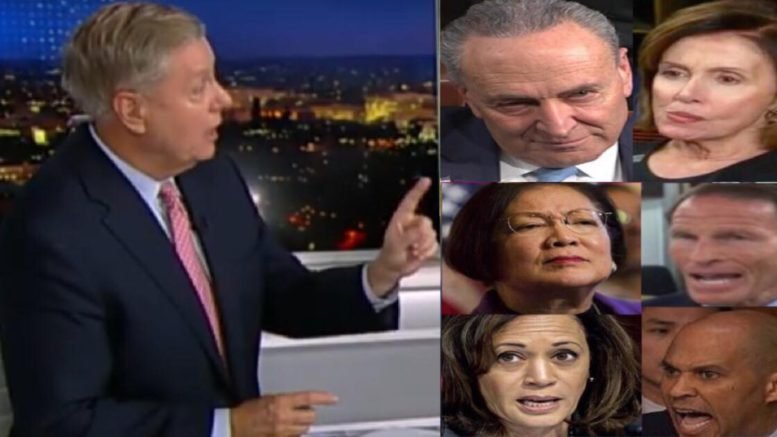 Bream introduced Graham as having “three words for Republicans on the border wall, ‘let’s dig in.’” (Video Below)

Sen. Lindsey Graham thinks President Trump has picked the right fight when it comes to the southern border wall and he predicts that President Trump would eventually win.

He said the government shutdown was a necessary measure to persuade resistant Democrats to give more for border security.

Graham said during the interview, “Number one, when you make a promise to the American people, you should keep it. The one thing I like about President Trump, he is trying his best to keep his promise. He promised to build a wall, and he is going to fight hard to keep that promise. After the caravan, if you don’t see the need for more border security, you are blind. Here’s the problem. I think Democrats hate Trump so much they want him to lose, even though it would be good for the country to work with him on border security. And if he doesn’t break ’em now, it’s going to be a terrible 2019. So Mr. President, dig in.”

“If they are not willing to work with the President, I think they are going to hear it from the American people in 2020,” Graham pointed out.

He added, “I don’t think I am thought of up here is some radical guy, but if you don’t see the need for more border security, then you are just not paying attention. The President of the United States is right to want more money to secure our borders, to build the wall as part of border security. Democrats are wrong to act like children, to say you can’t get a penny more.”

“He just needs to make the case that the border needs to be better secured, the money I’m asking for can be well spent. And here is what I find odd, Democrats will spend money on almost anything except a wall that we need.” Graham doubled down adding, “I will tell you how it ends, President Trump is going to get more money for the border.” (Video Below)

Democrats spend like drunken sailors on everything but border security-wall.

More money needed for border security-wall to protect our country from drugs, crime, and terrorism.