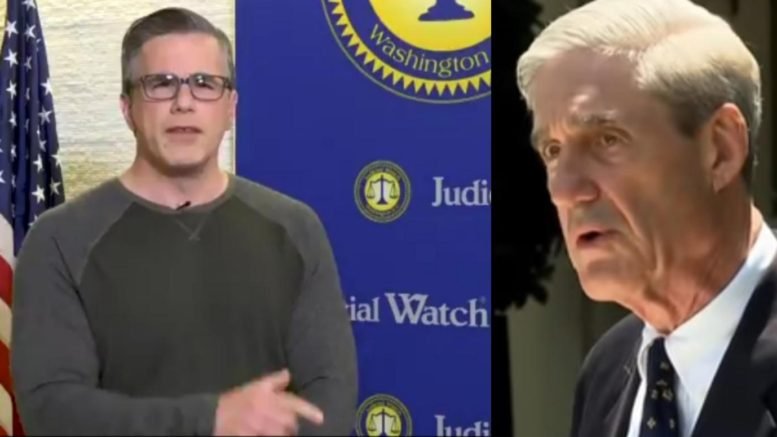 President of Judicial Watch, Tom Fitton, joined Fox News and discussed the Mueller probe on the heels of a new Freedom of Information Act lawsuit filed against the Special Counsel.

On Thursday, an FOIA lawsuit was filed to gain access to the cost of the security detail for Robert Mueller. (Video below.)

In the Judicial Watch Press Room a release was published which stated the lawsuit was filed against the DOJ to collect information that the Special Counsel had previously denied the watch dog group.

Specifically, they are suing for, “all records reflecting expenses incurred by, and disbursements of funds for, the security detail for Special Counsel Robert Mueller.”

Originally, the watch dog group had asked for the information and “the agency failed to respond adequately to its March 19, 2018,” as stated in the Press Release. (More below.)

Judicial Watch wants to know about the Mueller budget…do you?

As reported by the Washington Examiner, “the DOJ has spent more than $25 million total so far for Mueller’s Russia investigation, according to a government document released earlier this month.”

“The Justice Department, the FBI and Special Counsel Mueller’s continue to operate as if they are above the law,” Fitton said in the Press Release.

“The American people have a right to know how much taxpayer money is being thrown at Mueller’s massive investigation. Judicial Watch has never before seen this level of secrecy surrounding the operation of a special or independent counsel,” as reported in the Press Release. (More below.)

Mueller will continue the “collusion” investigation in order to bring down President Trump.

Although rumors are flying that Robert Mueller will end the investigation in February since there is no evidence of collusion with Russia and the Trump campaign.

Tom Fitton does not believe the Mueller probe will ever end because the goal of it is not to seek collusion. The goal is to use it as a poltical and media tool to bring down the President of the United States of America.

“The Mueller operation specializes in innuendo. And they think if they say the word Russia enough they can somehow prove the case that the Trump campaign was in bed with Russia illicitly or illegally either way,” Fitton said in a Fox News interview referring to the dirty dossier and the collusion case.

“And I just don’t see anything beyond that in their report,” Fitton said.

In other words, “there’s no big there there” as Peter Strzok had said about the collusion case from the very beginning and 25 million tax dollars later. (Video below)