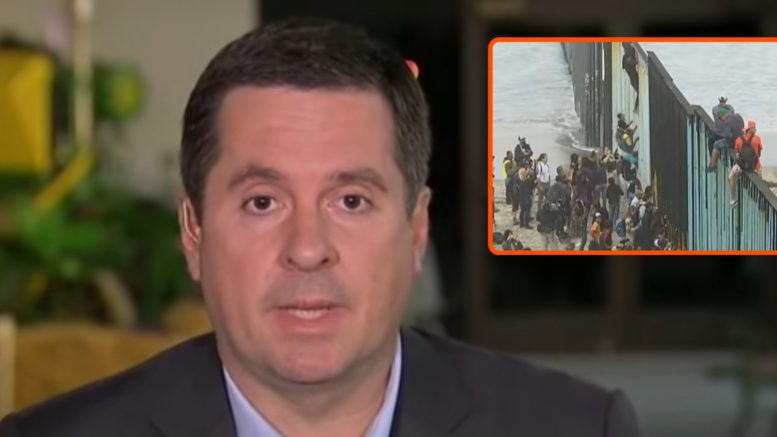 Nunes discussed the latest killing of a police officer in California by an illegal immigrant along with other situations that have been directly impacted by immigration policies.

Nunes pointed out that although the death of Officer Ronil Singh was a severe tragedy, more acts like it have happened without much publicity and will continue to occur if nothing isn’t done at the border among other issues.

Nunes is also troubled by policies that California and sanctuary cities have put into place that allow for illegal immigrants that commit crimes to be protected.

Nunes said he is highly concerned that the public is getting fed the wrong information and wonders when politicians will be “held accountable for their actions or inactions” on the safety of the public. He said, It’s pretty darn clear that these sanctuary policies are causing innocent people to get murdered.”

And as far as the debate on a border goes, he said there is no reason why funding for a wall shouldn’t be approved by both sides. Video Below

Nunes made known that much of the funding President Trump is pushing for is to fix areas where fencing already is, but is not working as it should. He strongly believes a border wall replacing the fences is “a logical solution.”

Nunes said, “Let’s build a wall, one that actually works in those populated areas. Let’s make sure we get those areas secured first. Then in other areas you may not need a wall or fencing.”

Nunes Sounds Off On Border Security