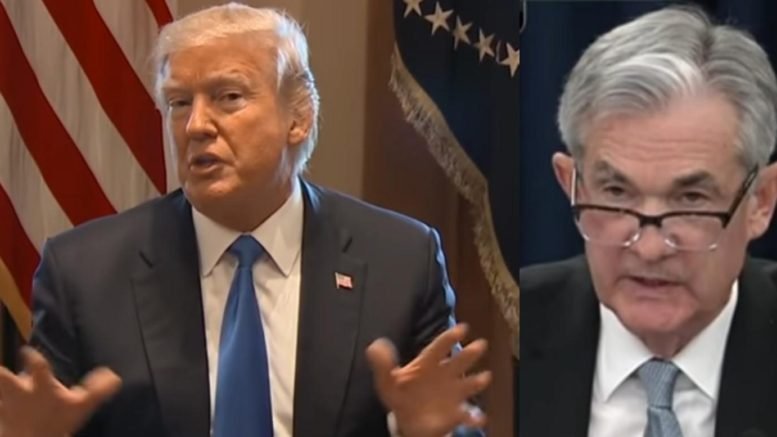 Hilton Capital Management Chief Strategist, Dick Bove joined Mornings with Maria on Fox Business News and Dick had all kinds of specific news about a bright financial sector in America for 2019.

With the stock market taking a tumble because the Federal Reserve raised interest rates too soon, Bove explained how the Feds caved to Trump and he expects great markets for the new year. (Video below.)

Bove explained how to use bank loan loses as a litmus test for things to come.

With big banks losing in the stock market in December, the adjustment is because the Federal Reserve tightened up the economy – some say – too soon.

In a tweet, President Trump had said the Federal reserve was “the only problem our economy has.” He said, “they don’t have a feel for the Market, they don’t understand necessary Trade Wars or Strong Dollars or even Democrat Shutdowns over Borders.”

Trump continued and used a sports analogy, he said “the Fed is like a powerful golfer who can’t score because he has no touch – he can’t putt!” Recently, President Trump looked into “firing Fed Chairman Jerome Powell over rate increases.” The President stated, “Basically, I’m a low-interest-rate person, I hate to tell you.”

Basically, by raising the interest rate too soon it caused the economy to nose dive too swiftly. The timing was wrong. Well, the “Federal reserve caved to President Trump”and 2019 is looking better as a result. (Video below.)

Will there be an increase in loan loses? Probably not.

Dick Bove kept the financial sector of the economy simple for every day lay persons to understand. Specifically, people will pay their bank notes because the economy is strong.

We all know what a bank loan is…and the bottom line is…if more American’s are paying off their loans instead of defaulting on them then the economy is in excellent shape going into 2019.

Bove explained, “If there’s no increase in loan loses – it’s time to buy them [the bank stock]. If loan loses are going to go up then you have to hold your powder a bit longer.” Things are looking up for 2019 with the strong economy.  (Video below.)

The only problem our economy has is the Fed. They don’t have a feel for the Market, they don’t understand necessary Trade Wars or Strong Dollars or even Democrat Shutdowns over Borders. The Fed is like a powerful golfer who can’t score because he has no touch – he can’t putt!

Watch as Hilton Capital Management Chief Strategist – Dick Bove – talked about the economy and Trump’s policy and the Federal Reserve.