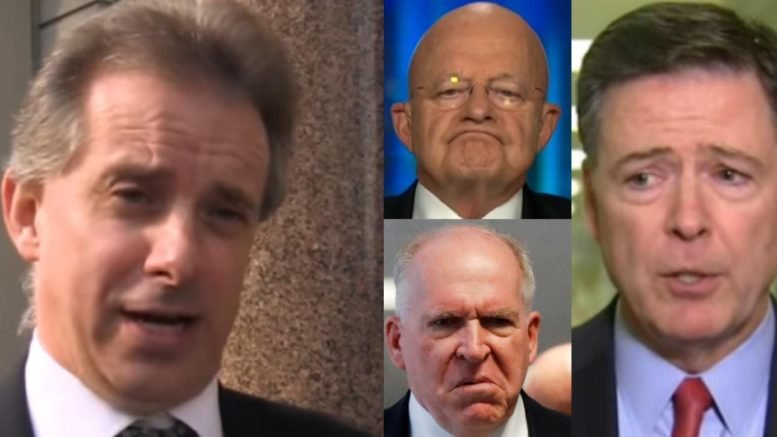 It’s really difficult to make up the truth sometimes. Especially when the truth is stranger than fiction. Everyone remembers the Steele dossier?

What was in the salacious unverified dossier, anyway?

The Trump dossier was filled with “unverified” stories about Donald J. Trump. Disgraced former FBI Director James “Comey admitted much of the dossier remained uncorroborated,” as reported by The Hill.

The most salacious story in the dirty dossier, of course, was the “golden showers” episode in a Russian brothel. Although it included outrageous accusations of collusion between team Trump and the Russians.

The incredibly fictitious dossier was unverified and uncorroborated. And it is what was used to appoint the Mueller special counsel or better known as the witch hunt team.

Click here to read the dossier and see why Devin Nunes said, “‘the truth’…is that Clinton ‘colluded with the Russians to get dirt on Trump, to feed it to the F.B.I. to open up an investigation into the other campaign’,” as reported by The New Yorker.

The reporter who started it all now said the dossier is “likely false.”

And interestingly, Isakoff “is best friends with Fusion GPS co-founder Glenn Simpson, who hired Mr. Steele in May and June 2016 with money funneled through a law firm from the Hillary Clinton campaign and the Democratic National Committee.” Indeed, truth is stranger than fiction.