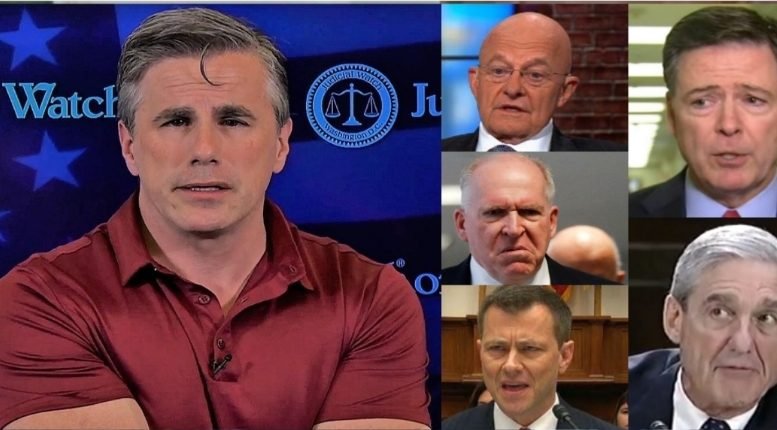 America’s favorite watch dog, Tom Fitton and President of Judicial Watch made his New Year’s Resolution and the Deep State should be shaken to the bone.

At the top of his list, was a resolution that was so powerful that it will reveal more and more of the Obama-era corruption! (More below.)

Six brawny words from Fitton to the Deep State.

When Fitton tweeted his resolution – it made a lot of Patriotic American’s cheer. Fitton said, “Resolution: Sue the Deep State, more.”

And the well wishes and gratitude immediately came pouring in from all across the Country.

Bernadette said, “Yes..& drain the swamp! Thanks, Tom, for all u & JW do for the American people! Happy New Year.”

And Brian said what most are thinking, he tweeted, “I really like this resolution!!! #MAGA.” And Rosiland tweeted, “Yessss lol Best New Year Tweet of 2019!!! Thanks for all you do.” (More below.)

Freedom of Information Act lawsuits, the Deep State and a shout out to Judicial Watch.

The TRAC annual report stated an astounding figure which showed the “rate of filing” of FOIA lawsuits “since President Trump assumed office has more than doubled.”

You can see why the Deep State might be concerned. TRAC also said, “Freedom of Information Act (FOIA) lawsuits continued to break record highs in FY 2018. According to case-by-case court records, 860 FOIA lawsuits were filed in FY 2018 against government agencies.” That is about 72 cases each month. Or about two new cases filed each day.

Yes..& drain the swamp! Thanks, Tom, for all u & JW do for the American people! Happy New Year. 🇺🇸🇺🇸