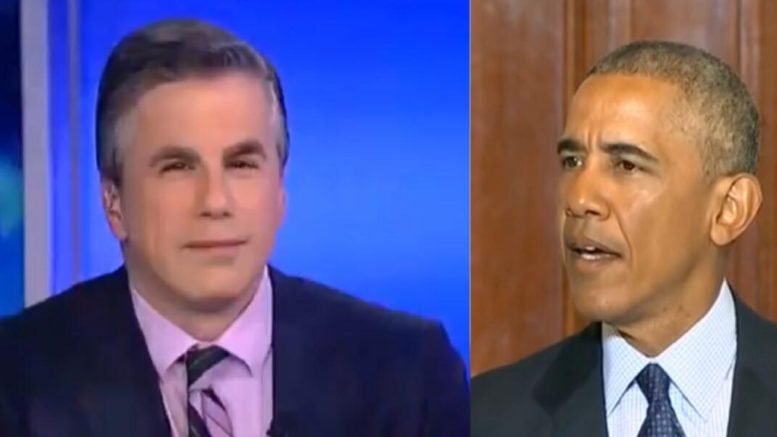 Judicial Watch President, Tom Fitton, joined Tucker Carlson on Fox News Wednesday night where he discussed the key documents that implicate Obama in the “Syrian mess” that was left for President Trump.

Fitton explained why the documents are important as the President is making the decisions about Syria. (Video Below)

During the interview, Tucker Carlson began the segment and asked Tom Fitton why were all the Americans in Benghazi in the first place?

“It looks like they were part of or witness to arms movements Gaddafi’s stockpiles to rebels in Syria… am I misstating this?” Carlson asked.

Fitton responded, “No, you’re not misstating this. We have DIA documents (Defense Intelligence Agency) that we obtained in 2015, showing in 2012, our defense establishment was telling everyone else and the Obama administration that weapons were flowing from Benghazi into Syria that we were supporting the terrorists in Syria. They were also warning that between the border in Syria and Iraq — you had the major Army’s pulling back and into that gap. They warned that ISIS might emerge and establish a caliphate and have dire consequences for the region.”

Fitton revealed that everything was on the table. “It all looks like it started because of the collapse of the Gaddafi regime.” (Video Below)

Carlson surprised responded, “Speaking for myself as an American, I had no information as an American citizen, and that’s what bothers me.” He added, “We helped Gaddafi get overthrown, oversaw his death, and then helped move arms from his country to the next country and fed this horrible civil war and it went up in the hands of lunitics. Our money, in our name, and we had no idea this was going on, why?”

Fitton responded and said, “Exactly right, and this is why it’s important to talk about these documents again as the President is making the decisions about Syria. It shows he had quite the mess that was left to him by the Obama administration. An administration that evidently did not exist according the major media, because they didn’t want to report on any of its policy choices in the middle eastern region. It looks like Benghazi and the Libyan mass caused a Syria war, and President Trump is being blamed for trying to get out.” (Video Below)

Carlson pointed out that both parties in the House were lying when asked about it.

“We were watching them. Hillary Clinton was told about them. We were warned about the fact that you had the ISIS emerging in the Middle East. We were supporting the terrorists in Syria, and we’re not allowed to talk about it anymore, because President Trump is making decisions in Syria and trying to clean it up.”

Fitton pointed out one more fact about the Defense Intelligence Agency .

“Do you know who ran the DIA at the time?” Fitton asked. “General Mike Flynn.” He announced.

BIG ARMS SCANDAL on @TuckerCarlson tonight! I will talk @JudicialWatch FOIA docs that show Obama/Clinton admin knew arms going to Syria thru Benghazi, were warned about ISIS, and they supported terrorists in Syria. @FOXNEWS at 8 pm! https://t.co/2L30dJSmpn pic.twitter.com/ERRDtWiemk