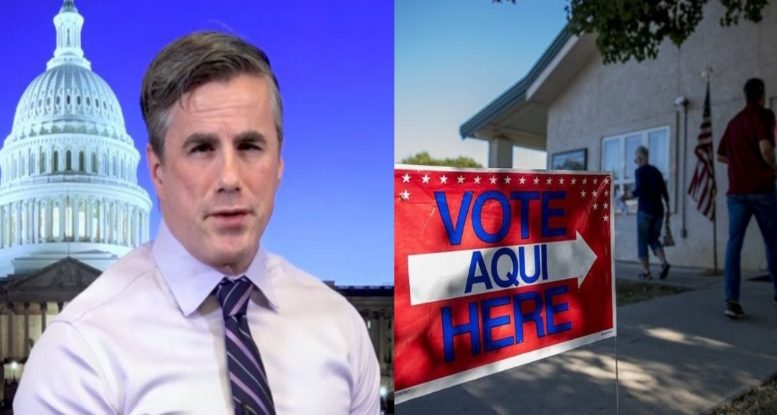 You have to hand it to Judicial Watch and their President, Tom Fitton. They went up against the State of California and the County of Los Angeles for ridding their voter registration rolls of INACTIVE voters including dead voters…and they WON.

Judicial Watch deserves a long victory lap after reaching a settlement with California to remove 1.5 million ‘inactive registrations’ from their rolls.  (More below.)

This is a HUGE victory for every American Patriot. If you felt shock the first time you heard California was open to illegal voters then this is a major win.

It is also a win to American’s who felt disbelief when they heard former President Obama openly encourage non-citizens to vote. The video is below if you would like to be shocked again.

Thursday, in a Judicial Watch Press Release, it was announced a settlement agreement was signed requiring California to remove “from their voter registration rolls as many as 1.5 million inactive registered names that may be invalid. These removals are required by the National Voter Registration Act (NVRA).”

Investor’s Business Daily begs to differ that laws on the books like the National Voter Registration Act (NVRA) are there for a reason and “there’s no evidence that voter ID laws suppress turnout.”

“In fact, of 11 states that adopted strict voter ID laws, nine either saw increased turnout in 2016, or had turnout rates higher than the national average, the Heritage Foundation notes,” reported Investor’s Business Daily.

Furthermore, it was noted that “cleaning up registration rolls, aggressively pursuing voter fraud cases, using paper ballots” and “other measures to ensure the integrity of the ballot” does not “suppress legitimate voters.” (More below.)

“Those who say voter fraud is no big deal should realize something. Every single vote cast fraudulently cancels out one legitimate vote.” – IBD Editorial

Give a big shout out to Judicial Watch and Tom Fitton for this historically significant WIN. Join their social media sites and follow them on Twitter for more current content on Freedom of Information Act lawsuits and other results. Click here and here to join or check out their website here.