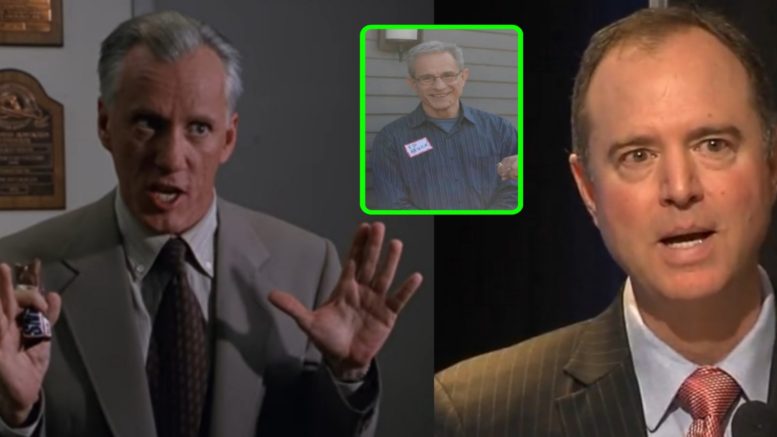 The Democrat Party is facing another mess as one of their major donors is caught in the middle of a mysterious and potentially incriminating situation.

Ed Buck, who has donated thousands of dollars to politicians and political groups over the years, is now part of an investigation after a man was found dead of a drug overdose at his Hollywood home.

The death is eerily similar to that of another man who was found dead in Buck’s home about a year and a half ago, according to a report. That death was ruled an accident by drug overdose, and both men who died in Buck’s residence were reportedly male escorts.

And now as the pair of deaths are making national headlines, Democrats are facing scrutiny as it has been discovered that Buck’s donations are tied to avenues that fund politicians & groups belonging to the Democrat party, including Barack Obama.

Woods was not about to let the image pass by without putting his two cents in. See Below

Upon seeing the photo of Adam Schiff with Ed Buck, Woods retweeted it with the comment, “Schiff wants to distance himself from this mess as fast as he can.”

Related Article: After Brennan’s NYE Trump Diss, James Woods Strikes Back With A Blast From The Past

Several hours later, Woods made sure to draw more attention to the photo. So, he directly posted the photo with the caption, “Hey Adam Schiff are you going to stand by your dear friend and donor, Ed Buck, now that another dead guy ended up in his love pad?” See Below

#Schiff wants to distance himself from this mess as fast as he can… https://t.co/sGTZ7uyjoU

Hey @AdamSchiff, are you going to stand by your dear friend and donor, Ed Buck, now that another dead guy ended up in his love pad? pic.twitter.com/8CT2KPLrGK

The Heat Is On Schiff & Democrats!

If the shoe was on the other foot and President Trump was in that picture, mainstream news & Democrats would likely go bonkers!

Here is video of the latest summary involving the deaths at Buck’s house.