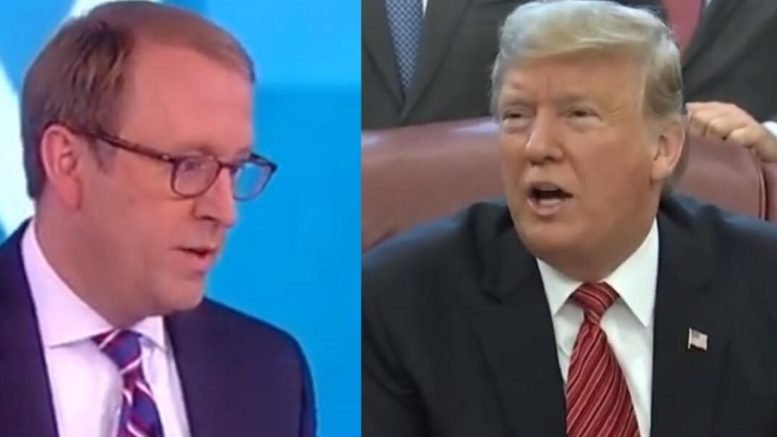 After signing a bill into legislation on Wednesday to combat human trafficking, President Trump warned he would declare a national emergency to build a wall along the southern border if he and congressional leaders cannot agree on wall funding and reopening the federal government.

He remained optimistic that a deal could be reached with Democratic lawmakers to end a partial government shutdown. (Video Below)

After the President signed the bill he took a few questions from the crooked and biased press.

Jonathan Karl, ABC’s chief White House correspondent thought he would try his luck and tell the President how to do his job amid the partial government shutdown.

He asked President Trump, “So, why not sign some of these other bills so some workers can get paid in government?”

Karl responded, “I’m saying if you sign that, these workers would start getting paid.”

(Related Article: Trump Tells The Press When He’ll Be Forced To Unleash His Plan B For The Wall: ‘If I Can’t Make A Deal With People That Are Unreasonable’)