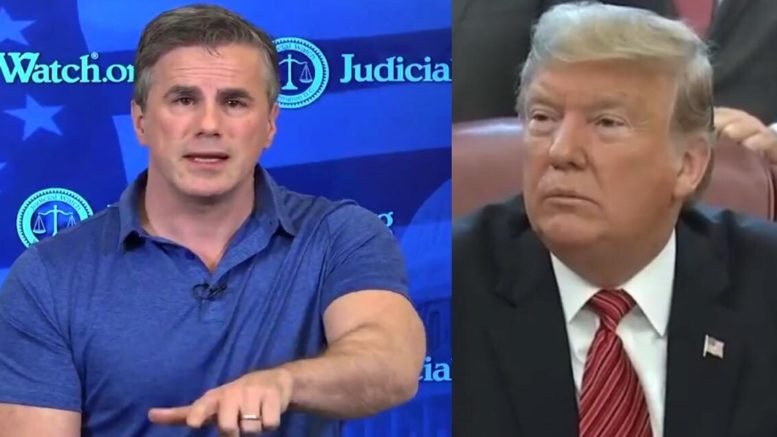 As the partial government shutdown continues, the President is keeping up the fight to secure the border and protect America.

Most everyone agrees with what the Commander in Chief is doing and even calling for the President to go forward and declare a national emergency. (Video Below)

President Trump said on Friday it would be easy for him just to declare a national emergency and find federal money to build a barrier along the southern border, but he’s not going to be so quick to do that because he thinks lawmakers can do it.

The Commander in Chief spoke during a discussion at the White House with state, local and community leaders about border security and safe communities.

The President said during the meeting that the “easy solution is for me to call a national emergency, but I’m not going to do it so fast.” He added, “This is something that Congress can do. It’s a 15 minute meeting.” Further he added, “If they can’t do it, I will declared a National Emergency. I have the absolute right to do it.”

However, President of Judicial Watch, Tom Fitton, has a suggestion on border security. (Video Below)

Tom Fitton took to Twitter on Friday and wrote, “@RealDonaldTrump can protect the nation with a three-word order to the military: “Secure the border.” We need a Wall but something must be done in the meantime to address the border catastrophe.

Further, Fitton urged everyone to pick up the phone and call your Senators about the wall.

He suggested, “The shutdown continues over the border wall & so you need to call your Senators to let them know what you think. You can call them at 202-224-3121, because the Senate is out to lunch on the wall and on border security right now.” (Video Below)

.@RealDonaldTrump can protect the nation with a three-word order to the military: "Secure the border." We need a Wall but something must be done in the meantime to address the border catastrophe.

Important that your voice be heard in the Wall debate…. https://t.co/QCEaYuYoI8