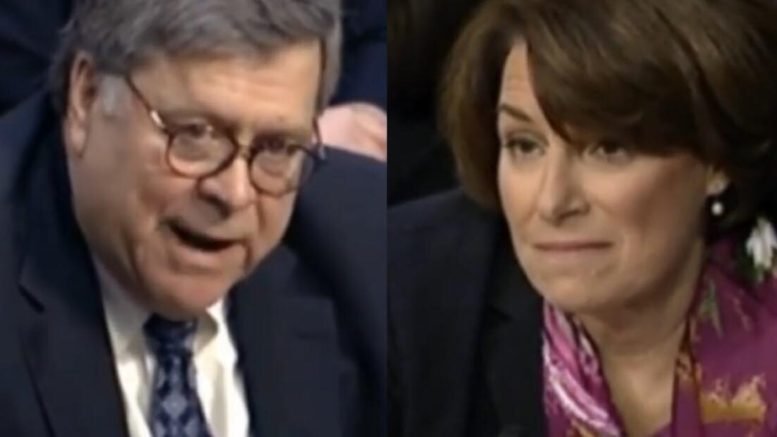 During the hearing, Senator Amy Klobuchar (D-MN) was shut down by William Barr over border security and the wall.

Klobuchar asked Barr a few biased questions trying to make President Trump look back for not backing down on his stance to keep America safe. She wondered about his thoughts of the ongoing partial government shutdown and employees not receiving pay.

“I would like to see whereby Congress recognizes that it’s imperative to have border security and that part of the border as a common sense matter needs barriers.” Barr stated.

Klobuchar not happy with Barr’s response tried to come back making him look uninformed of previous bills passed, but Barr shot back with the perfect response. (Video Below)

“And you’re aware that in the comprehensive Senate immigration bill that we passed, there was literally billions of dollars for border security back in 2013?” Klobuchar asked Barr.

“I’m generally aware of that.” He responded.

“And that also we had an agreement earlier last year which would allow the ‘dreamers’ to stay legally, that also had money for border security?” She interrupted and asked trying to make him appear uninformed once again. (Video Below)