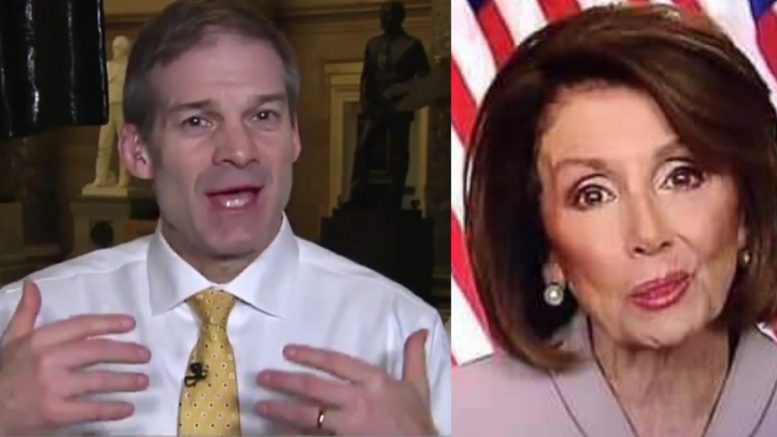 The subject of Nancy Pelosi literally dis-inviting President Trump to deliver his State of the Union address became the center-piece of their discussion, where Jim Jordan unleashed on the ‘unbelievable’ move.

Jordan thought he has seen just about every trick out of Democrats’ playbook to try to bring the President down. Pelosi, however, succeeded at showing just how far Democrats are willing to go to prove how much they would rather try to stop the President, than make the country safe.

Jordan unloaded on Pelosi and Democrats when he told Dobbs, “If you needed any more proof that they are more focused on stopping the President than they are at helping the country, this is it!” Continued Below

Jordan said, “The Speaker of the House doesn’t invite, or dis-invites the Commander-In-Chief, the President of the United States of America, not to come give the State of the Union address?”

Then he exclaimed, “This is unbelievable!” Video Below

#AmericaFirst – @Jim_Jordan: Dems didn’t show up to a meeting and now they’re not inviting President @realDonaldTrump to give the #SOTU. This is how much they’re focused on stopping @POTUS and how little they’re focused on helping the country. #MAGA #TrumpTrain #Dobbs pic.twitter.com/hEI0Yc3Av2