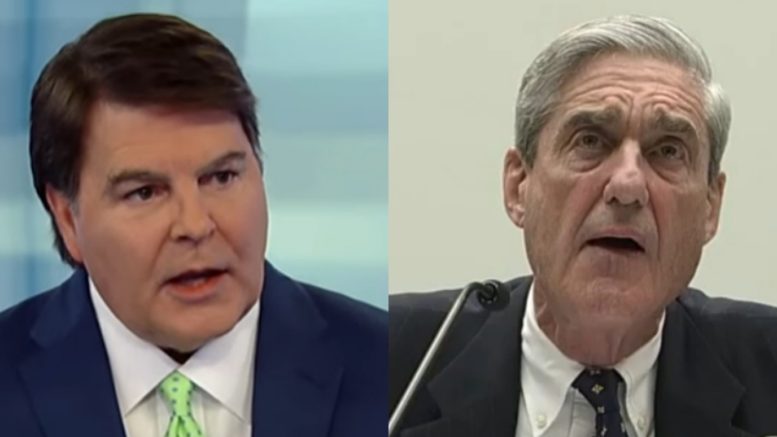 Former Department of Justice official, Bruce Ohr, made an eyebrow-raising statement during his testimony after he admitted that he and other upper level officials at the DOJ and FBI knew Hillary Clinton paid for the Fake Russian Dossier and Anti-Trumper Christopher Steele wrote it.

Gregg Jarrett and Sidney Powell joined Hannity to discuss key takeaways from Ohr’s testimony and took it a step further by connecting early phases of the apparent frame job against President Trump to current and former members of Robert Mueller’s team.

Jarrett claims that since the FBI and DOJ knew that it was funded by Hillary Clinton and written by a guy who hated Trump, that it should’ve been ‘thrown in the trashcan.”

Instead, they found value in it, and as Jarrett says, “They thought it was gold. ‘We don’t care if it’s phony or not. We’ll use it as a pretext to frame Donald Trump.'”

Jarrett said he has verified much of Ohr’s testimony and has now connected current and former members of Special Counsel Mueller’s investigation to the initial plot against Trump.

Jarrett said, “He (Ohr) implicates two top officials at the Department of Justice, who are now on the Special Counsel’s team of partisans. And two others at the FBI who are on it, who have since left.” Video Below

Lisa Page and Peter Strzok were, of course, early members of Robert Mueller’s probe into Russian Collusion and President Trump who are implicated. But Jarrett now claims two people who are still on Mueller’s team and knew of the plot against Trump are none other than Andrew Weissmann and Zainab Ahmad.

Jarrett is puzzled why Mueller has not shifted focus on the other side of the aisle and members of the FBI & DOJ now that the facts are all out. But he is highly confident that incoming Attorney General William Barr will investigate once confirmed.

Attorney Sidney Powell then chimed in the conversation. Powell, who is still nervous of Barr’s relationship with Mueller, specifically touched on Andrew Weissmann. She expects Weissmann helped draft the initial FISA applications into the spying of the Trump campaign and signed off by Comey & Rosenstein. Video Below

Powell called scandal led by FBI & DOJ officials an “aggregious act of misconduct” and she demanded, “The Mueller Witch Hunt should be ended immediately and the entire team should be disbanded. And they’re the ones who should be investigated.”