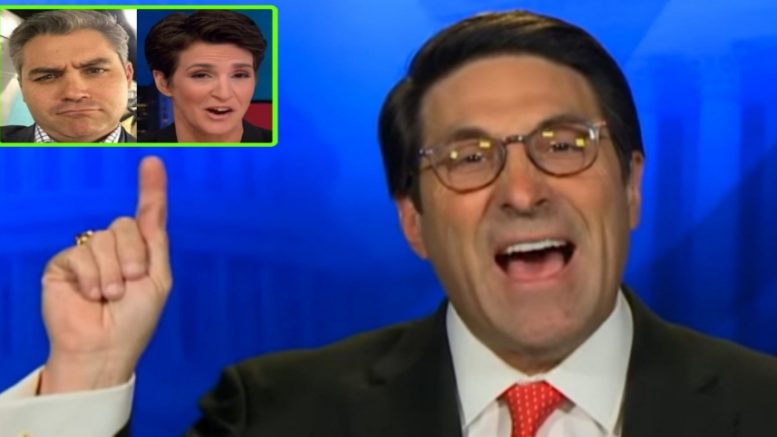 President Trump’s attorney, Jay Sekulow, faced Hannity after BuzzFeed was caught red-handed publishing false news and mainstream sources, such as CNN and MSNBC, got wrapped up in spreading it.

Liberal news sources thought for sure that they finally got ahold of the golden egg that would bring Trump down, but instead it turned out to be nothing but fool’s gold.

Jay Sekulow said the end result ended up being a huge win for President Trump vs the liberal media that hates him so much. And it was the icing on the cake that Special Counsel Robert Mueller’s office ended up being the ones to debunk BuzzFeed’s story.

Sekulow, however, said everyone, especially the media, must use the moment as a wake up call to see how dangerous it is to spread unverified news and to proceed with caution.

He also put major focus and blame on those who are in the high echelons of government that have leaked in the past and continue to leak to this day. The combination of Anti-Trump leakers and press, Sekulow believes, are poisonous to America. Video Below

Sekulow said, “This is a warning sign to everybody that the speculation with no factual backup is dangerous to our republic.”

He continued, “I think it’s important for everyone that’s watching to realize that the speculation and the media’s anxiousness to report out of the gate…that’s gotta stop!”

The second message from BuzzFeed’s fallout, according to Sekulow, has to do with those who are committing “wrong deeds,” which he specifies as the leakers. Sekulow thinks more focus needs to be on the leakers and they should be held accountable to prevent sensitive information from being mishandled. Video Below