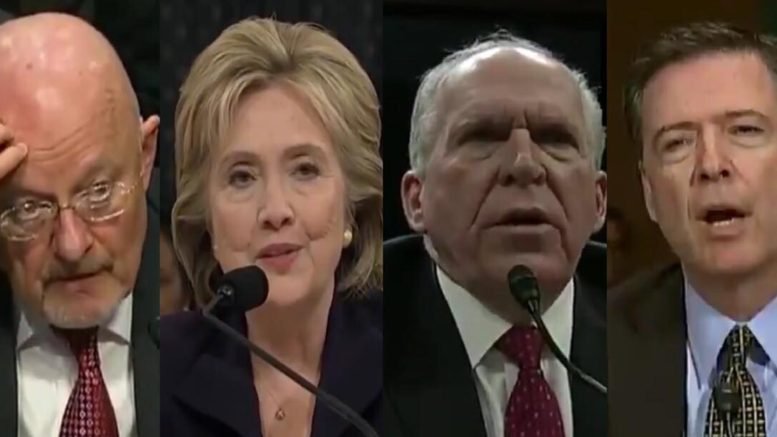 Roger Stone, former Trump adviser, was arrested in Fort Lauderdale on Friday morning after being indicted by a federal grand jury a day earlier.

The indictment unsealed Friday does not charge Stone with conspiring with WikiLeaks, the anti-secrecy website that published emails of Democrats during the 2016 campaign, or with the Russian officers Mueller says hacked them. Instead, it accuses him of lying about his interactions related to WikiLeaks’ release during probes by Congress and Mueller’s team, per Fox News. (Video Below)

Roger Stone served as an adviser to Trump for years before he ran for president. He left Trump’s campaign in August 2015, but maintained regular contact with and publicly supported the Trump campaign through the 2016 election.

(Related Article: After Appearing In Court, Stone Gives Anti-Trumpers Bad News: ‘The Charges In No Way Relate To Russia Collusion’)

However, it seems anyone that supports President Trump or worked for Trump and his campaign is guilty by association, put through the ringer, and they get a different treatment much harsher than others who have committed the same crimes in previous administrations.

Rep. Matt Gaetz (R-FL) pointed out exactly what this means in a video on Twitter, Friday. (Video Below)

The Florida congressman tweeted, “If lying to Congress is an enforceable crime, we are going to need more jails. #RogerStone #Comey #Hillary #Clapper #Brennan”

His tweet shows a video compilation where it began with a clip from Tucker Carlson where as discussed clear-cut and obvious double standards. Roger Stone was arrested on counts of lying to Congress, but the statutes were not enforced fairly and evenly, Tucker pointed out.

The video goes on to show who else lied to Congress, but no action has been taken against them. (Video Below)

In the compilation, it proceeds to show former Director of National Intelligence, James Clapper, who lied to Congress in 2013 when he was asked about NSA collecting data on Americans. In big red letters, the word “lie” pops up on the screen with a buzzer sound.

Next, the video shows James Comey where he was asked by Congress if he has ever been an anonymous source in news reports or if he authorized other people in matters related to the Trump investigation or Hillary investigation, and he responded “never.” Comey lied. He leaked information to the media. In big red letters, the word “lie” pops up on the screen with a buzzer sound for Comey as well.

Rep. Trey Gowdy (R-SC) is shown next, where he asked Brennan during a hearing about the Steele Dossier and whether Brennan knew if the bureau relied on the Dossier, or if the CIA relied on it to take to the FISA judge and spy on the Trump campaign. Brennan lied. He also received the big, bold “lie” across the screen too.

Lastly, the video shows Hillary Clinton being grilled and she claimed, “there was nothing marked classified on my emails.” Jake Tapper from CNN popped up on the screen and he explained that according to the director of the FBI, she lied.

The video concludes with “end the double standard” written across the screen. (Video Below)

If lying to Congress is an enforceable crime, we are going to need more jails.#RogerStone #Comey #Hillary #Clapper #Brennan pic.twitter.com/DzXyypuuZV