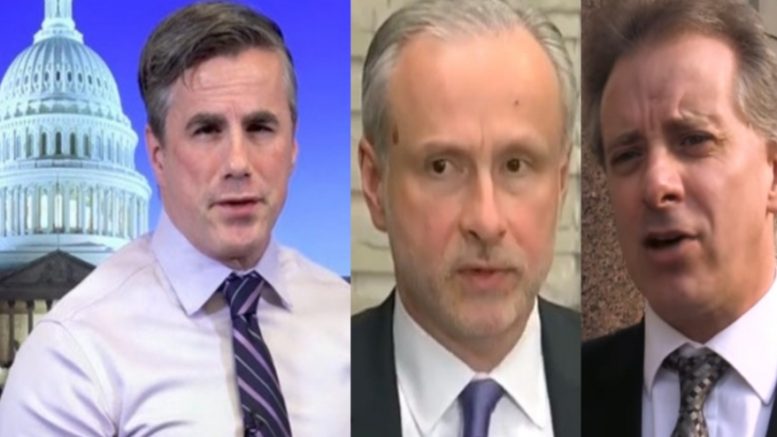 Judicial Watch, arguably the top watch dog of DC’s swamp, is hard at it again!

Former FBI Counsel, James Baker, now finds himself as the centerpiece of Judicial Watch’s newly unveiled lawsuit on the Department of Justice.

As per Fox News, Baker admitted in October testimony to Congress that he played a major part in the FISA warrant that ultimately allowed for spying on the Trump campaign.

This revelation, along with many others outlined by Judicial Watch, including Baker’s current criminal investigation involving leaking to the media, tipped the watch dog firm into slamming down a lawsuit to seek communications Baker made with fake dossier author Christopher Steele from January 2016 to January 2018.

According to Judicial Watch’s report, “The FBI claimed it had no responsive records,” however the watch dog group believes this to be false, as Baker had a substantial role as general counsel of the FBI and oversaw many of their actions.

As per their lawsuit, Judicial Watch seeks,

“Any and all records of communication, including but not limited to emails, text messages and instant chats, sent between Baker and any of the following individuals: former British intelligence officer Steele, principal of Orbis Business Intelligence, Ltd.; Glenn Simpson of Fusion GPS; former GPS contractor Nellie Ohr; and/or David Corn, a reporter with Mother Jones magazine.”

Judicial Watch Founder and President Tom Fitton issued a statement on the matter.

Fitton said,  “The real collusion scandal of the 2016 election is the effort by the Clinton campaign and the Obama DOJ/FBI to spy on and destroy President Donald Trump.”

He continued, “And it looks like the FBI is covering up documents on this Russiagate scandal, which is why Judicial Watch is again in federal court.”

President Trump recently came down hard on Baker via Twitter with the following statements.

Former FBI top lawyer James Baker just admitted involvement in FISA Warrant and further admitted there were IRREGULARITIES in the way the Russia probe was handled. They relied heavily on the unverified Trump “Dossier” paid for by the DNC & Clinton Campaign, & funded through a…

…big Crooked Hillary law firm, represented by her lawyer Michael Sussmann (do you believe this?) who worked Baker hard & gave him Oppo Research for “a Russia probe.” This meeting, now exposed, is the subject of Senate inquiries and much more. An Unconstitutional Hoax. @FoxNews

Judicial Watch appears to be locked, loaded and prepared to get to the bottom of Baker’s involvement. Bad day for the swamp!