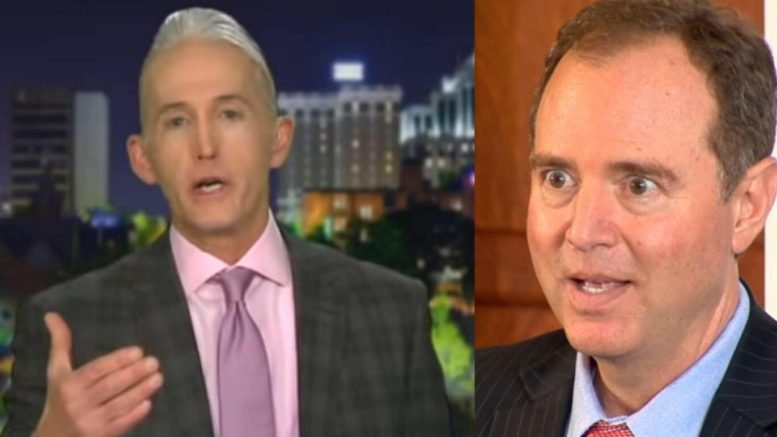 On his first night as a Fox News contributor, Trey Gowdy joined host Martha MacCallum where they discussed the the mainstream media and Adam Schiff’s speculations over Donald Trump Jr.’s mysterious phone calls ahead of the 2016 Trump Tower meeting.

Reports surfaced on Thursday that the Senate Intelligence Committee uncovered the identities of mysterious blocked phone calls made by Trump Jr. right before and right after the Trump Tower meeting with Russians. (Video Below)

As per the Daily Caller, Democrat Adam Schiff and his colleagues speculated that the phone calls were Donald Trump Jr. communicating to his father about the Trump Tower meeting.

But this doesn’t appear to be the case, as the Senate Intel Committee revealed the identities of who Trump Jr. was talking to, which ended up being longtime acquaintances of the Trump family.

He said that Richard Burr, (R-NC) the Chairman of the Senate Intel Committee, ran a serious investigation into the matter, where he figured out the facts before making allegations.

Gowdy expressed he wanted to thank Burr and added, “Sometimes folks do it in the reverse order. They make these wild allegations, and all of your viewers may not be around to see the truth. They heard the accusation, but they may miss the truth, and that’s why you don’t do that in serious investigations.” (Video Below)

Martha MacCallum pointed out that one of the people making the allegations was Adam Schiff, who made up his mind before he saw any of the evidence.

“Well, I’m just quoting him. He had evidence that rises above the level of circumstantial evidence, but not quite direct, and of course there is no such thing that President Trump colluded with Russia. I think Adam also said there is a very real chance that Donald Trump is gonna be indicted and or arrested the day he leaves office.” Gowdy said.

He continued, “Adam, uniquely was both a federal prosecutor and now he is a member of Congress. I like the Adam Schiff, who was a federal prosecutor better, where you actually are actually presumed innocent, and you have to go into a courtroom and prove these things as opposed to just speculating and accusing people.”