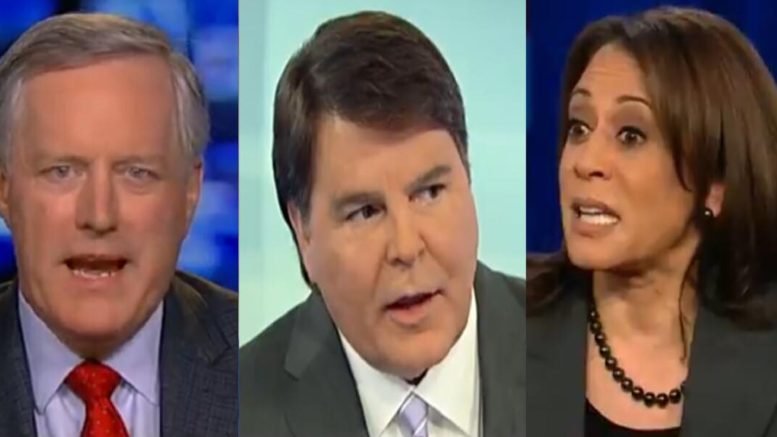 This comes amid President Trump trying to secure the border and Democrats fighting tooth and nail to stop him. (Video Below)

President Trump signed a short-term spending bill to reopen the government until Feb. 15th. However, he noted that if no deal was reached to fund border security and construction of a wall before Feb. 15, he would use his presidential powers to declare an emergency.

Rep. Meadows revealed that Democrats are not serious at negotiating a deal for border security, as they have only met one time so far! He said the next possible meeting, at the earliest, may be next Wednesday.

“[They’re] not really serious about coming up [with] a solution, and I can tell you when the Democrats rolled out their first offer, it had zero money for border wall! And at this point you have to wonder if they ever had an intention of negotiating in the first place.” Meadows expressed.

Judge Jeanine was shocked to hear that they have only met once for negotiations and declared, “I don’t know who’s on this committee, but I’m gonna find out and talk about it on my show tomorrow night. Because, you know what? You meet once when you’ve got three weeks to resolve one of the most important issues in our country right now and you plan on meeting once next week? That’s an outrage!” (Video Below)

“Congress actually delegated unfettered authority and discretion to the President. They can whine all they want, but they’re the ones who gave him that power. Once he invokes it, he then turns to another law that Congress passed six years after that in 1982, which says, specifically, he is authorized to undertake military construction projects, not otherwise authorized by Congress. So, they gave him another tool that he can utilize. They can complain all they want, they can sue, but in the end they have no legal basis to prevail.” Jarrett said.

Judge Jeanine pointed out that there have been 58 national emergencies declared since 1976. (Video Below)

Mark Meadows agreed with Jarrett and said, “Gregg is exactly right. The President has some executive tools in his toolbox. Members of Congress– we always want to restrain those, but President Barack Obama used it over and over and over again.

The most interesting part of the interview came when Judge Jeanine said, “Let’s assume that this committee comes up with nothing because they won’t, they’re not meeting, they’re not working, they don’t care. I say that freely. The President declares a national emergency. Somebody goes to court to stop it, to get an injunction.”

That’s when Jarrett announced that Kamala Harris is vowing to do it, then it goes to the ninth circuit and possibly the Supreme Court.

Jarrett explained that the President can preempt it all by filing a Declaratory Relief Action to get an immediate action from a Federal court.

“If he waits for the ninth circuit and they decide against him, which would be wrong by them, but they always get it wrong, then he would seek an emergency petition to the U.S. Supreme Court. But Kamala Harris, how embarrassing! She was the state Attorney General in California. She says this is an abuse of power. Clearly she hasn’t read the law that Congress passed giving the President the authority and she is a member of Congress!” Jarrett proclaimed.

Meadows agreed and he added, “When they do that, they forget they voted for border walls before, or fencing. They forget all of that. Even if Senator Harris thinks she’s gonna file a lawsuit, there’s such a thing as standing. I’m not sure any member of Congress has standing. It’s probably gonna be someone else, but Gregg’s right. There’s no doubt they’ll file a lawsuit. If they can they’ll file it in the ninth circuit.”

He added, “Here’s what we have to understand: one party is for securing our borders and keeping our community safe. Another party, the Democrat party, is for open borders and saying ‘whoever wants to come in can come in.’ We have to make sure we stand up for the rule of law.” (Video Below)