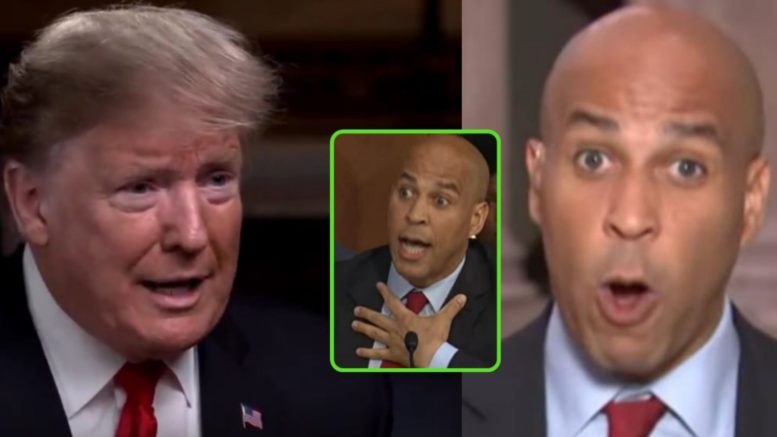 When President Trump is asked about any subject, you better be ready for the cold-hard truth or don’t bother asking!

Teaser clips from Trump’s Face The Nation interview have been popping up on social media. And in one of them, Trump is asked by Margaret Brennan what he thinks about Cory Booker’s 2020 newly announced bid for President.

Brennan informed the President that Cory Booker announced he is running for President in 2020.

She said, “There’s a lot of Democrats on the field,” to which Trump immediately declared, “He’s got no chance.”

Related Article: Parscale Forecasts A Bright 2020 For Trump: ‘The President Is Light Years Ahead Of Where We Were On Election Night’

Brennan asked why he felt this way, and Trump calmly replied, “Because I know him. I don’t think he has a chance.” Continued Below

Trump went even further and said, so far, he isn’t worried about battling anyone in the field competing for the Democratic nomination.

Brennan asked, “Who has a chance?”

Trump replied, “I don’t see anybody. So far, I don’t–I’m not impressed with their group.” Video Below

WATCH: "I know him. I don't think he has a chance," President Trump predicts of @CoryBooker's 2020 bid@margbrennan sat down with @realDonaldTrump for an interview airing Sunday on @FaceTheNation https://t.co/X1aIpxddud pic.twitter.com/lpyBK70Tyj

Democrats may need to do some deep vetting if they want a candidate who will intimidate Trump!