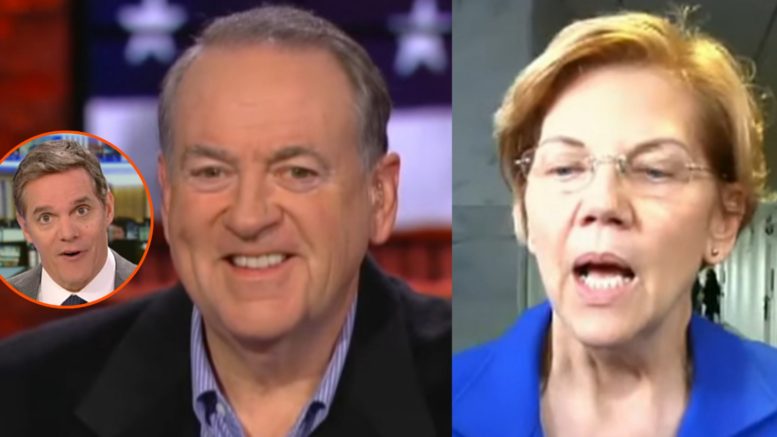 Elizabeth Warren’s presidential hopes have been looking rather grim since she decided to throw her name in the hat as a potential Democrat Nominee.

The Massachusetts Senator has been trying hard to gain some national support for her presidential bid, only to be crushed by her past false claims of being a Native American.

After Warren’s DNA proved she has close to zero Native American ancestry in her genes, she has been forced to be on the defensive, and has even apologized to Cherokee nation.

To make matters worse, a newly uncovered document shows Warren wrongly considered herself as a Native American on an application, which brought into question how many other times she has done this to advance her own interests.

Former Governor Mike Huckabee reacted to fallout from Senator Warren’s ancestry as another bombshell, or as Huckabee calls it, “moccasin” is about to drop. Video Below

A Fox host brought up the 1986 state bar registration card for Texas that Warren filled out, where she identified herself as an “American Indian.” Mike Huckabee was asked what he thought about this document and potentially the hint of another similar one that is rumored to be surfacing in coming days.

When asked how Warren overcomes her from this, Huckabee responded in classic fashion and said, “She doesn’t. The fact is, this is the other moccasin dropping. And if there’s any more, she might as well take the teepee down because it’s over for her.”

He added, “Her opponents of the Democratic primary are never going to let her forget about this…if she should get the nomination can you imagine what President Trump would do to her over the course of the election cycle?” Video Below