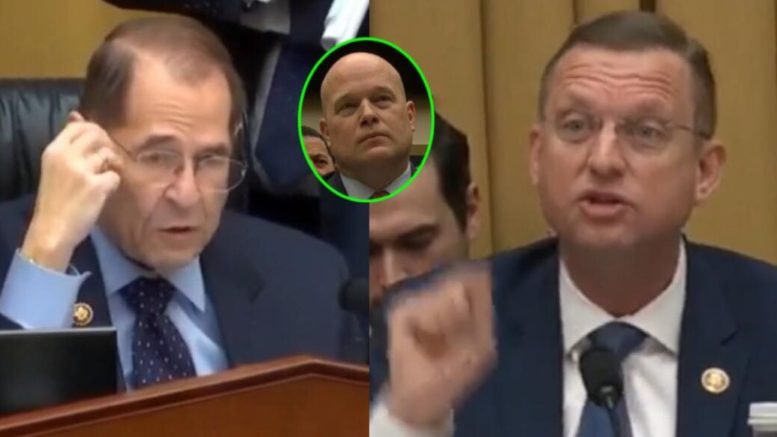 This comes amid the hearing of Acting Attorney General Matt Whitaker testifying before the House Judicial Committee on Capitol Hill. (Video Below)

During his opening, Rep. Collins blasted Democrats for bringing in Acting Attorney General Matt Whitaker and pushed back at them calling the hearing a “political theater” as he defended Whitaker.

Whitaker’s appearance before the committee came after a dramatic showdown Thursday when the temporary head of the Department of Justice refused to appear unless there were guarantees that he would not be subpoenaed. The two sides eventually found a compromise, but there was little goodwill on show at the first hearing featuring a member of the Trump administration facing questions by a committee controlled by Democrats, reported Newsweek.

“This is nothing more than a character assassination,” Collins said, adding that Democrats were playing a hide and seek game and accused them of putting on a show.

The Acting Attorney General made it clear in his opening statement that he would assert executive privilege over any question about his interactions with President Trump.

Whitaker is set to end his tenure in the coming weeks, with William Barr expected to be confirmed the next permanent attorney general. However, Whitaker has been the subject of scrutiny from Democrats since he was chosen to replace Jeff Sessions following his ousting as attorney general last November, per Newsweek. (Video Below)