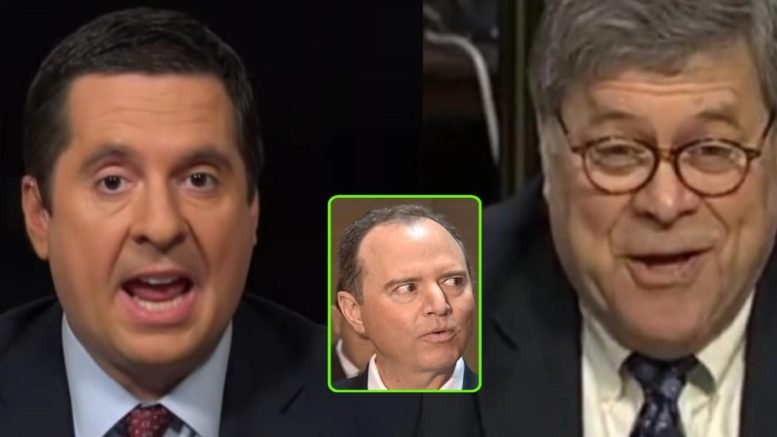 Nunes laid out his plan to continue his probe of FISA abuse. (Video Below)

During his interview, Devin Nunes began by explaining that just because Republicans are now the House minority, it won’t stop them from continuing to stand strong for the American people. He vows to undercover the truth of FISA abuse, along with the other matters that took place where swamp rats tried to smear, sabotage, and bring President Trump down.

Nunes said he and his team interviewed 15 people last year while Republicans held the House majority and will continue to keep bringing in more people.

“We need the new Attorney General to get in there, and then we will be making criminal referrals on many people who lied to Congress and did other bad things.” Nunes stated.

(Related: While Facing Graham, Barr Discloses His Thoughts On FBI’s Anti-Trump Plot: ‘I Was Shocked’)  (Video Below)

When asked about the Russia collusion hysteria, Nunes said, “There hasn’t been collusion. The Trump campaign was so small, it would’ve been almost impossible for them to collude anyway– even if they wanted to collude.”

“But what is frustrating, I think, and we brought this up last week– when Adam Schiff reopened his investigation into the Trump campaign. We said, ‘Great! Are you going to open up the investigation into the Hillary Clinton campaign?'” He confidently added, “Because there, we already know that the Hillary Clinton campaign and the Democratic party were colluding with Russians.”

Nunes laid down the facts: “They were getting information from Russians– dirt on Trump, that they could then spread throughout the media. That’s exactly what they were looking at the Trump campaign supposedly for.” (Video Below)

Asked about FISA abuse and the people who signed off on the documents that were not verified, Nunes said, “All of them should be held accountable. We’re attempting to hold them accountable in Congress.”

He added, “The right thing that should happen is the judges should hold them accountable, but in the meantime, when the new Attorney General gets in there, he should immediately call for some type of review of all of this, and we’re going to present him all of the information that we have. And I think at that point, hopefully something will happen.”

Nunes hopes for criminal referrals, and he also noted that if the judges hold the wrongdoers accountable, they could lose their law license.

“If there’s not reforms done to the FISA process, if accountability is not delivered in this matter, I think it’s going to be very hard for… I don’t think Americans want to be less secured.” He pointed out.

“It’s not just they used the Dossier, it’s not just that the Dossier made up most of the FISA, it’s also everything else that they [swamp rats] did. So, it’s how they lied, how they obstructed our investigation.”