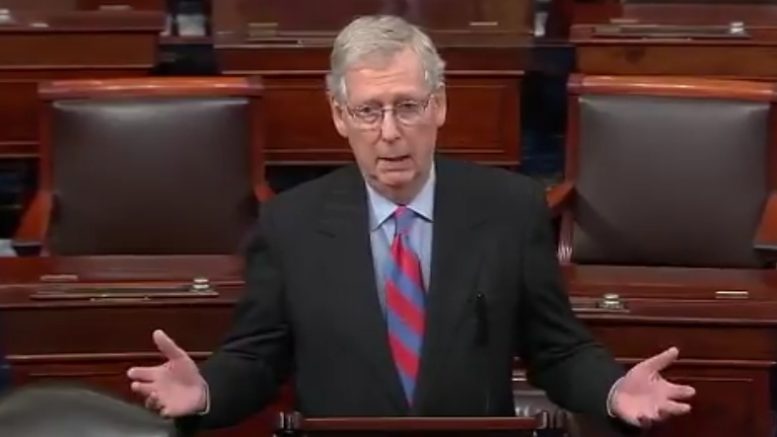 It’s the moment millions of Americans have been waiting for! The standoff between Republicans and Democrats may soon be over and then some!

Just moments ago, Mitch McConnell faced the Senate and announced President Trump’s intentions with the new legislation that is expected to head to his desk after passing Senate.

McConnell said he had an opportunity to speak with President Trump and then revealed what was discussed.

McConnell said to his colleagues, “He’s prepared to sign the bill, he will also be announcing a National Emergency Declaration at the same time.”

He added, “I’ve indicated to him that I’m prepared, I’m going to support a National Emergency Declaration.”

Breaking: President Trump is going to sign the bill and declare a national emergency at the same time.

And just moments later, Press Secretary Sarah Sanders confirmed what McConnell announced to the Senate. Here is her statement: