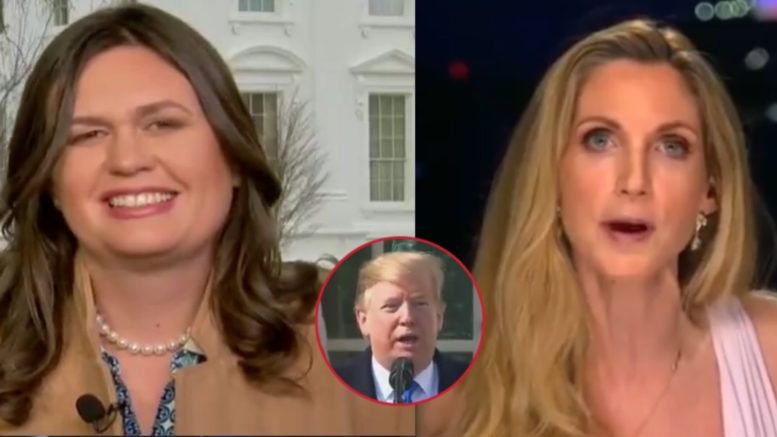 During a Rose Garden press conference, President Trump announced he is calling for an emergency declaration at the southern U.S. border.

Afterwards, he took questions from the crooked, liberal press. (Videos Below)

“In fact, I like her for one reason. When they asked her right at the beginning, ‘Who’s going to win the election?’ She said, ‘Donald Trump.’ And the two people that asked her that question smiled. They said, ‘You’re kidding, aren’t you?’ Nope. Donald Trump. So I like her.” He said.

“But she’s off the reservation,” Trump added. “But anybody that knows her understands that. But I haven’t spoken to her. I don’t follow her. I don’t talk to her.” (Videos Below)

President Trump praised both Hannity and Limbaugh on Friday but said they “don’t decide policy.”

“Sean Hannity has been a terrific, terrific supporter of what I do. Not of me. If I changed my views, he wouldn’t be with me.” He noted.

“Rush Limbaugh, I think he’s a great guy. He can speak for three hours without [taking] a phone call. He’s got one of the biggest audiences in the history of the world. I mean, this guy’s unbelievable, [but] they don’t decide policy.” He added. (Videos Below)

Perino asked Sanders about a tweet Ann Coulter sent out about the border issue that read, “This is not Paul Ryan’s fault. It’s not Mitch McConnell’s fault. Trump ran AGAINST the GOP and won. Responsibility is 100% his.”

“Do you think the media over exaggerates the influence like somebody Ann Coulter has on the White House?” Perino asked Sarah.

“I just don’t see her as being an influential voice of this country, and certainly not one in this building.” Sarah added.

The two videos below show President Trump responding about conservative media figures, and then Sarah Sanders responds about Ann Coulter in the second video.

Pres. Trump on Ann Coulter, right-wing commentator who has been critical of the president's actions on immigration: "I don't know her. I hardly know her…I just don't have the time to speak to her."

"I like her, but she's off the reservation." https://t.co/xb0BBhlx7T pic.twitter.com/PAm4vU9DVE

Sarah’s response about Coulter starts at 3:55.

WH @PressSec Sarah Sanders joins @DanaPerino to discuss the Declaration of a National Emergency to fund the Border Wall.#DailyBriefing pic.twitter.com/uQs6vLjxoy

(Related: In Wake Of The Temp Shutdown Deal, Trump Sends Out A Chill Pill To His Supporters: ‘This Was In No Way A Concession’)