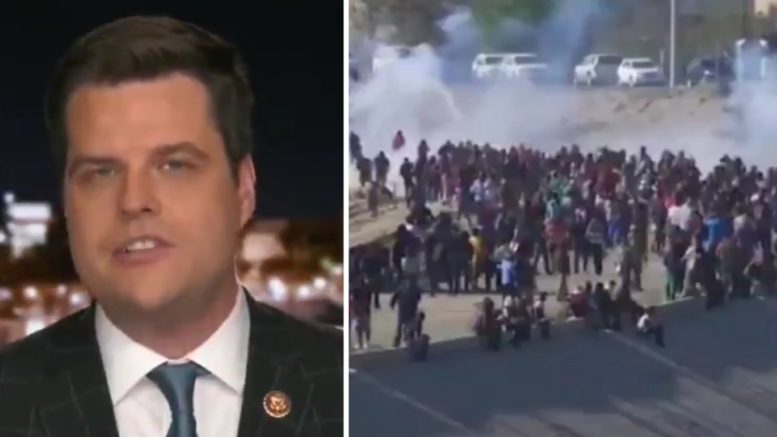 Gaetz has been a strong advocate of President Trump’s call for a wall along the southern border, and even recently joined three other congressmen to send a joint letter to the President pleading for him to use executive authority to handle the crisis America is facing at the border.

In his interview, Gaetz backed up Trump’s national emergency declaration to obtain a “wall”, indicating there are actually three emergencies at the border.

The second emergency Gaetz pointed out is the crime epidemic that exists as a result of an open border. He said, “ICE had to arrest 30,000 sex predators who had come across the border illegally and then committed sex crimes against our citizens.”

The third and final emergency Gaetz pointed out deals with the drug crisis that is tied to open borders.

Matt Gaetz Points Out Three Emergencies At The Border

I think we have three national emergencies on our border: a humanitarian crisis, a crime epidemic, and a drug crisis. These are real emergencies and they need to be addressed immediately. #BuildTheWall pic.twitter.com/2ihYVjT351