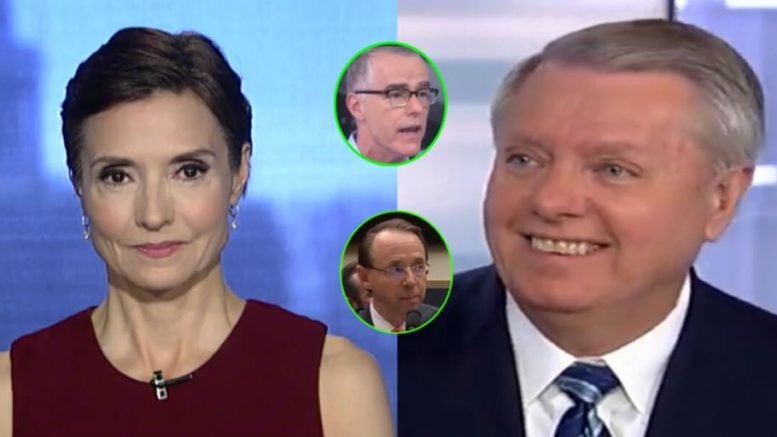 McCabe told Savannah Guthrie of NBC that during a probe into President Trump, there were no objections by congressional leaders. (Video Below)

Catherine Herridge reported that a congressional member said they find McCabes “claim” to NBC confusing, because by May 2017 it was already known that the FBI and Justice Department had opened a counter intelligence into Trump and his campaign which began a year earlier in the summer of 2016.

(Related: Jordan Drops A Truth Bomb & Unveils Why Andy McCabe Is Untrustworthy: ‘He Was Out To Get The President’)

Herridge noted that on another day of McCabe’s book tour, he downplayed and challenged the findings of the Justice Department’s internal watchdog, Michael E. Horowitz, that led to his firing last year for lying to federal investigators about a media leak.

McCabe said during his NBC interview that “he finds big problems with the report and disagrees with the conclusion that [Horowitz] drew.” Further he added, “That’s something I will be raising in a civil lawsuit that I’ll be bringing against the Department of Justice.” (Video Below)

Lack of candor is cause for immediate termination. (Video Below)

Herridge further noted the only way to uncover the truth from Rod Rosenstein, Andrew McCabe and other senior FBI officials is to put them under oath.

“That is something that has not happened, and Senator Lindsey Graham who chairs the Senate Judiciary Committee, who has oversight of FBI and DOJ, can make that happen if he wishes to in a matter of weeks.” The Chief Intelligence correspondent said.

“The bottom line is that we have these critical 8 days in May, and what we understand now is that multiple investigations were ongoing or launched after the termination of the FBI Director James Comey. And you’re right, there are a lot of inconsistencies in the chain of events of who did what, but the way to resolve that is to get people under oath.” Herridge announced.