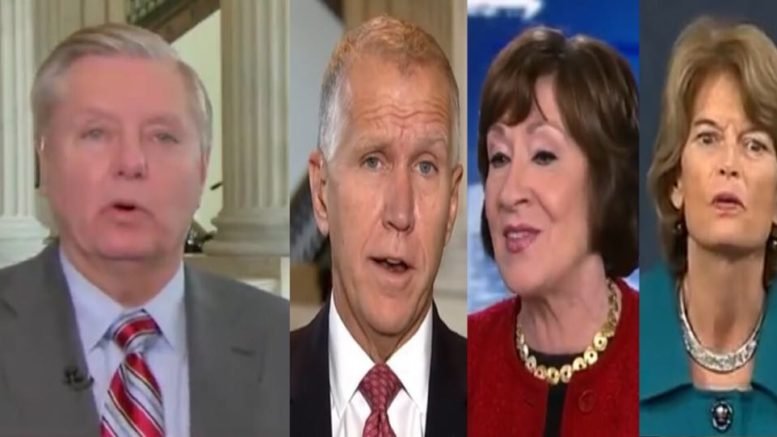 The Commander in Chief declared a national emergency at the southern border on Feb. 15, taking executive action to obtain funding for the border wall to protect and secure the safety of America. (Video Below)

Sen. Lindsey Graham (R-SC) joined host Dana Perino during the “Daily Briefing” on Fox News where he weighed in ahead of the vote.

When asked about redirecting funds and possible Republicans voting with Democrats to stop the national emergency, Graham said, “I don’t want to criticize my colleagues, but as a lawyer, the President is on firm legal ground. This is a specific statute to move money around for a national emergency.”

Graham further explained that in 2014, former President Obama declared a humanitarian crisis at the southern border because the U.S. apprehended 120,000 unaccompanied minors. “We’ve already apprehended that many this year! Every problem at the border since 2014 has gotten worse.”

He added, “Not one time did a Democrat ever suggest to me that we didn’t have a problem at the border. In 2013 we appropriated 44 billion for border security, 9 billion for barriers. What’s manufactured is it’s not a crisis.” (Video Below)

Graham continued, “To my Republican colleagues: the statute in question is very specific, the President has the legal authority.”

Then he asked, “The question is, is there really a crisis at our border?”

The South Carolina Senator pleaded to his colleagues, “If you don’t believe the President, go down there for yourselves! But ask the people that are in charge of securing the border. They will tell you we have a crisis. I hope Republicans will hold.” (Video Below)

President Trump tweeted before he left for the summit in Vietnam to meet Chairman Kim Jong Un, “I hope our great Republican Senators don’t get led down the path of weak and ineffective Border Security. Without strong Borders, we don’t have a Country – and the voters are on board with us. Be strong and smart, don’t fall into the Democrats “trap” of Open Borders and Crime!”

Trump added quoting Stuart Varney of Fox Business, “Why on earth would any Republican vote not to put up a Wall or against Border Security. Please explain that to me?”

The three Republicans to keep an eye on are Senators Thom Tillis (R-NC), Lisa Murkowski (R-AK), and Susan Collins (R-ME).